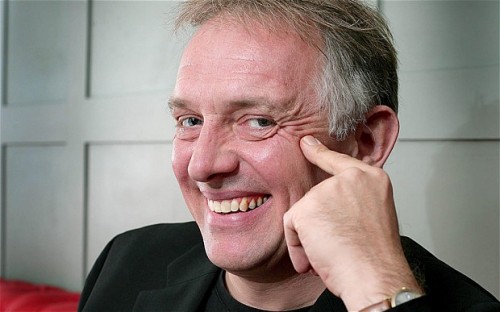 I couldn’t write about TV without writing something about the sad and untimely passing of Rik Mayall. I think I can speak for a whole generation in saying his passing his like part of our childhood dying. I’m sure there are plenty of under thirties out there who have watched their parents’ DVDs of ‘The Young Ones‘ and ‘Bottom‘, and whilst some will think the anarchic style of humour lame, there will be others who will find it just as funny as we did. While Mayall‘s contemporaries such as ‘French & Saunders‘, Nigel Planer and even his comedy partner Ade Edmondson settled into the mainstream, there always remained something edgy about Mayall – even when he was appearing in cosy dramas like ‘Jonathan Creek‘.

My personal favourite character of his is one that rarely gets mentioned, and that’s Richie Rich, the obnoxious failed actor who lives with his bodyguard Eddie Catflap (Edmondson) and is managed by the sleazy Ralph Filthy (Planer), The final episode of the ‘Filthy Rich and Catflap‘ (it only ran for six episodes sadly), sees Richie set out to smear every entertainer in Britain to rid the world of celebrities so only he is famous. The names that are mentioned and the implications made about them reads like a foretelling of Operation Yewtree (was Ben Elton – the writer, a visionary?). Richie isn’t as uptight as ‘The Young Ones‘ Rick, or as sexually desperate and strangely naïve like Richard Richard from ‘Bottom‘; he’s savvy, spiteful, queeny and weird and Mayall’s performance is a tour de force.

I still have memories of my mum fancying Alan B’Stard, and going to see ‘Drop Dead Fred‘ the day it came out in the cinema. And what woman hasn’t watched ‘Blackadder Goes Forth‘ and secretly lusted after Flash-heart in his flying uniform? Mayall and his comedy shaped so much of my early years, and the anarchy he made seem almost normal, is still prevalent today. I was only watching ‘Badults‘ the other day and thinking it was ‘The Young Ones‘ for today’s kids, but without the politics. Like punk shaped the music scene forever, alternative comedy changed our perceptions of what is funny, and Rik Mayall will forever be seen as a figurehead of the alternative scene. He may be gone in body, but his legacy will go on for as long as people want to be made to laugh. 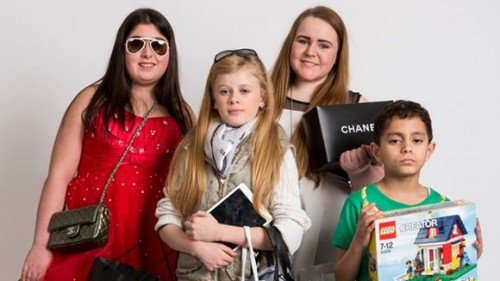 This was pure “OMG” television. As a non-parent, I do despair at how spoilt today’s children seem to be and frequently seethe when I’m sitting on the bus and some seven-year old stands over me glaring, as if I should give up my seat for them. But these kids in this programme took a sense of entitlement to a new level. Firstly we met Chase from Kent, an eleven year-old beauty queen who lives with her parents and siblings Reece and McKenzie (their surname is McKenna – seriously) and has a wardrobe full of designer clothes, a horse and God knows what else she wants. For a spoilt brat, Chase was mature and likeable, but nothing can justify her parents missing the rent or not being able to pay bills just to indulge her. It’s no use her having a load of designer gear if she’s living on the streets.

There was also Romy, a 12 year-old from London whose mother gives her whatever she wants because she feels guilty for not giving her a sibling. Her reason for not giving her a sibling? She wouldn’t have been able to spoil both of them. Wouldn’t it have made more sense to give the girl a brother or sister and live modestly? Revealing was when her mother said that her own childhood was ruined by her Iraqi father losing all his money and them having to live in poverty. She is clearly over-compensating with Romy and by buying her designer handbags and jackets that don’t fit her, she’s just making her materialistic and obsessed with possessions.

Zac was only nine and his divorced parents over-indulged him in a bid to absolve their guilt at splitting up. His mum thought two weeks away from Toys R Us was a long time and his father gave him fifty pound notes like they were going out of fashion. The father was retired, even though he didn’t even look forty, so I’m not quite sure what he’d done to make so much money at a young age. But Zac seemed less impressed with the gifts than his parents were in giving them. I did find it quite weird that his dad was so well off yet chose to eat at Chicken Cottage. Ho hum.

Worse case for me was fifteen year-old Lauren, whose mother works three menial, minimum wage jobs just to keep her in designer clothes and bags. Lauren also works as a papergirl, but mummy also gets up at the crack of dawn, to go out with her and do half the round for her. What a mug! Lauren reckons she needs all these fancy clothes that she’ll never wear because she has poor body image and buying things make her feel better. I couldn’t have lived with myself at fifteen to see my mum working her fingers to the bone, just to buy me fancy things. I suspect, come back in a couple of years and a wealthy man will have replaced mum in Lauren’s affections and he will be the one providing for her. She certainly isn’t learning to provide for herself. 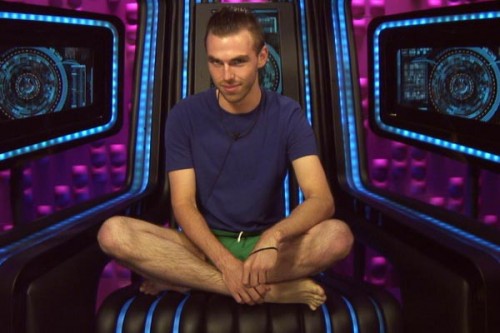 One week on and I think this show should be called Nest of Vipers. Most years there are one or two housemates who stand out for their utter unpleasantness, but this year you would be hard pressed to find one you’d want to spend more than ten minutes with. Pauline, who was made leader of the house, and seemed so level-headed and mature on entering the house, has proven herself to be a bitch. She has beef with Jale and ingratiates herself with the house bullies. She also takes irrational dislikes to people and having known people like Pauline, I know from first-hand experience they can make life very uncomfortable.

Jale herself is grumpy and argumentative, but in some ways she seems like a normal person plonked in this bizarre world. Danielle the strict catholic glamour model clashed with Helen, the former prostitute and professional bitch and I honestly did not care who won the fight, they are as vile as each other. Danielle is horrified by women talking about sex in such detail. Has she never watched ‘Big Brother‘? In fact does she not have any female friends? And why has she dressed like she’s in a Russ Meyer film for her eviction outfit? At the moment Toya seems quite down to earth, and Winston is a pleasant simpleton used by nominated Tamara for the first 2014 BB snog (romances always keep people in the house).

Pauline has finally been stripped of her power and now the power has been given (secretly) to Chris. Who funnily enough, not many of the housemates like. He has to make all the nomination choices this week. I myself would be spoilt for choice if I lived in this house. I think number one on my list would be Mark. Whilst I love a good Scouser, his voice goes right through me. I have been to Liverpool more times than I’ve had hot dinners and I’ve never met one Scouser who speaks like him (see also Cilla Black!). I’d have to get rid of him just to ease my poor ears.

Anyway, Tamara has now been evicted and I can’t say I’ll notice her gone. She very quickly became wallpaper and like most housemates did not live up to the BS in her VT. Roll on next week!

Karen Mason is a London-based writer. She has published fifteen historical fiction novels and is currently working on her sixteenth. She is also an avid movie goer, with a particular preference for gritty British cinema and a weakness for Jason Statham films! Her music tastes stretch from Muse to the Cinematic Orchestra and she loves discovering new acts.
NEWER POSTTHAT WAS THE BOX – June 2014 (Week Three)
OLDER POSTSIGOURNEY WEAVER Signs Up For Three AVATAR Sequels!