I have to say, this series of ‘TOWIE‘ has gone by quickly, and what a weak series it has been? Strong characters like Mario and Arg have been reduced to either cameos or else disappearing completely allegedly due to their ‘partying’, and many episodes have been dominated by screeching kids (namely Old Lady Face Fran) arguing with each other over seemingly nothing.

So, how did series 13 wind up? Well, Chloe and Elliot still love each other but can’t be together because she has commitment issues – which makes a refreshing change for ‘TOWIE‘ because it’s usually the guys who are incapable of sticking with one woman without texting/sexting/tweeting some ‘X Factor‘ reject. Not that Chloe was unfaithful to Elliot, in fact, in typical female fashion, she was blaming herself for not being willing to accept his over-bearing, domineering idea of being in a relationship. She was being sensible, not selfish, but when did a woman ever think she was doing the right thing?

Jess and Ricky have split up for good, with him and his beard going off to Florida to visit his family and seemingly leaving his poor little dog behind, all alone in that house in Essex. Has someone called the RSPCA? I never really took Jessica and Ricky seriously, and got the feeling it was all for the cameras. Maybe I was wrong, but let’s be honest, they are both so boring, the producers had to do something to give them a story.

Hilarious story of the week was the off camera argument between Ferne and Gemma. Gemma, who has taken to dressing like a member of Spandau Ballet circa 1981 (what’s with the scarves? Has she got a love bite) apparently had a go at Ferne for being a diva in the back of a cab, and it culminated in a row in which GC called Ferne a C U Next Tuesday. After confronting Ferne at Billie’s boring girls’ night in, Gemma claimed she was entitled to say what she wanted because she was Gemma Collins and she’s 34 and earned her divaship. I don’t know how Ferne kept a straight face. They sort of kissed and made up at Bobby’s fundraiser, but the scene at the end was very reminiscent of the last scene of ‘Sherlock‘ The Sign of Three, where lonely Sherl walks away from the Watson’s wedding reception.


Poor Bobby was raising money for the Anthony Nolan Trust, as his mum is suffering from Leukaemia, and this was the first party on ‘TOWIE‘ that actually made any sense. The end of the show was a strip routine by some of the boys, calling themselves Hot Spice, where they stripped naked to the music from ‘The Full Monty‘. Some of this was quite pleasant (Lewis and Tom P), some wasn’t so pleasant (yes, you Diags). I’m just glad that Arg wasn’t involved. One thing I do want to know is why women always scream when presented by willies. I’ve done it myself in the past and I still don’t know why. Get a group of women and a naked man and they start to scream and go hysterical. The last scenes of ‘TOWIE‘ were of all the young women going a bit funny to be presented by six penises. Bizarre. Still, it kind of sums up series thirteen of ‘TOWIE‘ – a load of c*ck. 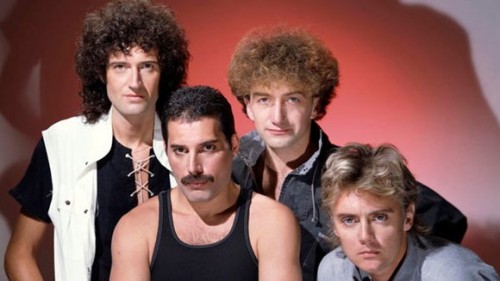 These ITV shows irritate me. They’re like those fake interviews you get in magazines which always has ‘promotion’ written at the top, and is no more than a glorified advert posing as serious journalism. As soon as it was announced that this show was going to be on TV, I guessed there was some to be a greatest hits, or a tour or something advertised in the commercial break, and lo and behold, what do we get? Adverts for Queen’s tour with Adam Lambert?

But aside from this, I do like the music of Queen, but my choices would have been a little different to that of the general public, and Bohemian Rhapsody was such an obvious winner, it was like watching ‘Titanic‘ – you know the end but you just want to see how it gets there.

There were a few interesting insights from Brian May and Roger Taylor, like how I Want It All was inspired by Anita ‘Angie Watts’ Dobson saying she wanted to play Wembley Stadium, and how A King of Magic originally had the melody of One Vision.

The pundits were decent quality – Bob Harris, Tommi Iommi, David Arnold and Zandra Rhodes looking like a scary clown. Most of all, the programme brought home what a great loss Freddie Mercury was. The footage of him filming The Days of Our Lives, on the point of death, weak and having to use cue cards, was upsetting and yet moving, because the showman carried on right until the end. 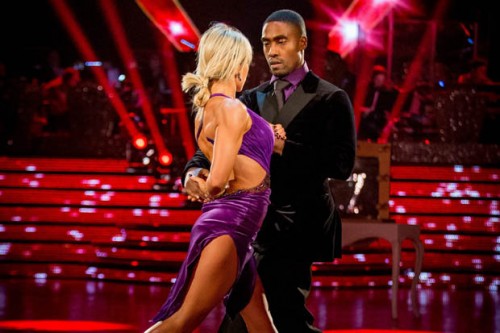 It is Blackpool week, and I have to say I’m not particularly fond of Blackpool Tower. For me, the size of the place means the atmosphere is lost for the viewer at home. But it’s part of the Strictly tradition, so on we go. We started the show with Frankie and Kevin, who danced a quickstep to A Town Called Malice. The singing was quite horrendous this week, I think I am the only person who doesn’t appreciate Dave Arch and his band. Frankie and Kevin danced well and Len gave her his first 10 of the series as he thought it was her best dance.

Jake is continuing to lose his way a bit. I thought it weird that he and Jeanette did a sexy American Smooth, when last week they’d done a sex-less rhumba. When he was dancing with the other male dancers in a group formation, he seemed to perform better, and when it came to the judging, I do think they got carried away by the performance as opposed to the content. He got 36 points, which is pretty much what he was scoring in week 2, so that’s not really an improvement.

I think Sunetra may well be in the danger zone this week. She and Brendan did a sloppy samba to I Don’t Feel Like Dancing, although I have to say Brendan does make a sexy bartender. Sunetra seemed to struggle in keeping up with the pace of the dance and therefore the fun was lost. She ended up with 30 points which is going to place her at the bottom of the leaderboard.

The judges appeared to applying reverse psychology to underdog Judy Murray this week by marking her abysmal Viennese Waltz, a respectable 24 points. At this point of the competition, she should not still be looking to Anton for instruction, and the routine should flow more smoothly. I think the judges think if they stop her being an underdog then it might make the public stop feeling sorry for her.

Simon seems to have got his mojo back and he and Krystina scored a respectable 38 points for their steamy Argentine tango. If I recall correctly, Simon is the first celeb this series to get 3 10s. I think if he carries on like this, he will be a serious contender for the final.

Another contender is Mark Wright. He is like a stage school graduate who is all eyes and teeth. He and Karen work really well together and I suspect he and Simon will be the final two males left in the competition. They scored 36 points and it was their highest score. And Craig got a kiss from Mark. I’m sure macho cousin Elliot Wright was at home fuming.

Steve needs to stop relying on brute strength to get him through his routines. He lifts Ola up and down like a sack of nails, and I thought Rolling in the Deep by Adele was a really strange choice of song to dance an American Smooth to. Steve’s another one in the danger zone for me.

The show closed with Caroline and Pasha performing a playful jive to Crocodile Rock, while Caroline wore Geri Halliwell’s old Brits dress. Caroline is a sure-fire finalist to me and I will never understand why she was in the bottom two last week. Hopefully it was just a blip. She even scored a 10 from Bruno, so how can they get rid of her?

Apart from Judy, it’s getting quite hard to separate the wheat from the chaff now, but I have to make a prediction and I predict the bottom two will be Sunetra and Steve and Steve will go.

Karen Mason is a London-based writer. She has published fifteen historical fiction novels and is currently working on her sixteenth. She is also an avid movie goer, with a particular preference for gritty British cinema and a weakness for Jason Statham films! Her music tastes stretch from Muse to the Cinematic Orchestra and she loves discovering new acts.
NEWER POSTTHAT WAS THE BOX – November 2014 (Week Three)
OLDER POSTLine-up Announced For BAND AID 30!