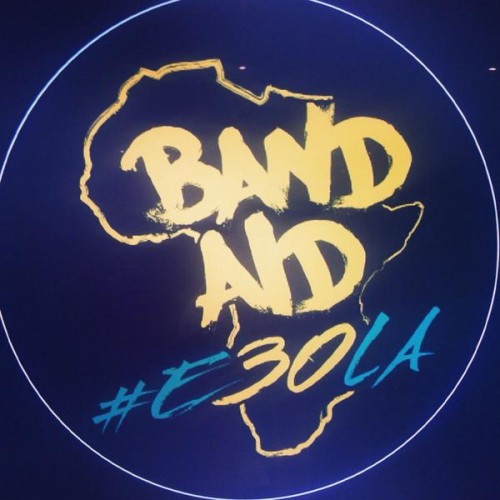 It’s been 30 years since the original Band Aid line-up performed the Christmas hit Do They Know It’s Christmas?, and there will be a brand new recording to mark the anniversary.

The 1984 single raised £8 million for those needing famine relief in Ethiopia and concerts have since gone on to raise more than £150 million for charity. The money raised will go towards the fight against Ebola in West Africa, and this latest version of the song will have its lyrics altered to the “filthy illness” – Ebola.

The original line up included the likes of Bananarama, George Michael and Duran Duran, and U2 frontman Bono – the only singer to perform the same line in both the original and the most recent versions.

Organisers Sir Bob Geldof and Midge Ure announced this year’s line-up today (10th November, 2014), and the confirmed ones include:

More artists are set to join as they are confirmed, with versions also being recorded in France, Germany and the US.

Speaking at a press conference, Geldof spoke of the reasons he and Midge decided to bring back the charity song:

“It is something wonderful that this country reaches out.

“He and I both feel, the Irishman and the Scotsman, should gather the pop crowd together again and do our thing.

“It really doesn’t matter if you hate this song or you don’t like this song, you have to buy this thing.

“The sleeve will be a unique artwork by Tracey Emin. I really urge everyone. Don’t download it, don’t look at it on YouTube, it’s a couple of quid. It’s a great thing to do at Christmas.

“I spoke to Quincy Jones two weeks ago, he will reconvene the American artists.”

“We don’t know who exactly is turning up yet. We will decide on the day. It’s the contribution that is important, not what you sing.”

Stars will gather on Saturday 15th November to record the track, and the song will be released on 17th November. The price to download the track will be a mere 99p, and £4 to buy on CD. The cover is will be designed by Tracy Emin.

If you’re feeling nostalgic, have a look at the videos of the previous versions below.

Ed is an entertainment news writer, and founder of TOMORROW'S NEWS. He always keeps a watchful eye on who and what's trending in the entertainment world. His articles focus on tomorrow's news today, including celebrity news, film news, music news and so much more!
NEWER POSTTHAT WAS THE BOX – November 2014 (Week Two)
OLDER POSTTHAT WAS THE BOX – November 2014 (Week One)