KYLE MACLACHLAN Will Be Heading Back To TWIN PEAKS! 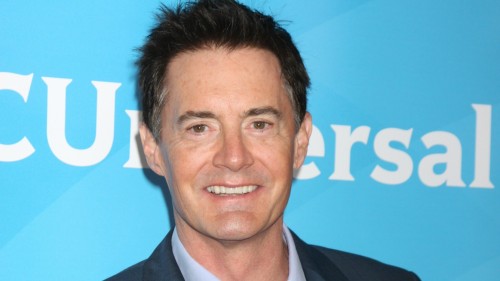 Kyle MacLachlan has signed on to lead the new ‘Twin Peaks‘ limited series for Showtime from original creators, David Lynch and Mark Frost – according to Deadline. Welcome back, Agent Cooper!

The nine-episode series will go into production in 2015 and the show will premiere in 2016, in time for the cult show’s 25th anniversary since it was last broadcast on ABC. Lynch and Frost will both write and produce each episode, with Lynch directing every show.

Speaking of his return to the ‘Twin Peaks‘ at the Television Critics Association (TCA), MacLachlan said:

“I’m very excited to return to the strange and wonderful world of Twin Peaks.

“May the forest be with you.”

The reboot of the hit 90’s TV series will be set in the present day, more than two decades after the events in the first two seasons. It will carry on the story of the original series, with Lynch and Frost aiming to provide long-awaited answers to questions that fans have had for around 25 years!

At least, that appears to be the plan.

Ed is an entertainment news writer, and founder of TOMORROW'S NEWS. He always keeps a watchful eye on who and what's trending in the entertainment world. His articles focus on tomorrow's news today, including celebrity news, film news, music news and so much more!
NEWER POSTThe 87th ANNUAL ACADEMY AWARDS – The Nominees!
OLDER POSTThe 72nd ANNUAL GOLDEN GLOBE AWARDS – The WINNERS!