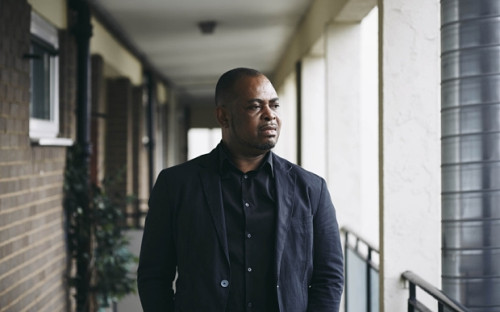 You know when you get that feeling you’re watching something really special and ground-breaking? Well that’s the feeling I got within the first ten minutes of ‘The Murder Detectives‘. Whilst it is a documentary surrounding the murder of a young Bristol man, it is filmed like a drama. But with none of that silly ‘TOWIE‘ staged feel, it is just a clever combination of good camera work and the filmmakers’ respect for the subject.

In March last year, Nicholas Robinson, a nineteen year old student from Bristol was stabbed to death in the stairwell of the hostel where he lived. Initially, according to his family, he was a good, church-going boy who had never got into trouble, and indeed the police had no intelligence on him. So when his sweet, rather child-like fiancé, Shannon revealed that Nick had been involved in the purchase of a gun for a gang member, it seemed puzzling why he would do this, when previously he had lived such an ordinary life.

The most disturbing part of the first programme, for me, was not the murder scene with the dirt and the blood and the squalid place where this young man had lost his life, or even his poor mother who was utterly broken at losing both her sons to murder. It was the opening moments when the 999 call is played where Nick is alive and breathing and uttering that he has been stabbed, we hear him swear, gasp and that’s it. He’s dead. To hear someone’s real-life dying moment on TV is horrifying, especially when that person isn’t much more than a child.

DNA found on a glove at the scene belonged to Shaquille Thompson, a known gang member with a violent history. A sweep of his home found rocks of crack, money hidden in trainers and blood on shoes. It looked as though he was responsible for Nick’s murder, but then the police discover that at the time of the crime, Shaquille was indeed at a pub in another part of town. He is released from custody and just when the police think they are back at square one, they are given another name – Luchiano Brown. A local eighteen year old who has just been seeing, fleeing to New York.

The second episode focused on Barnes. When he absconded to the USA, aided and abetted by his parents and Godmother, it was easy to curse them for assisting an offender and not doing the decent thing. But how many parents could honestly hand their child over to the police? Rachel, his mother had done her best to keep him out of trouble and it could be argued, in her shock, she tried to do the same thing by helping him flee to the States. Whatever her motive, his two younger sisters are innocent and what will happen to them? Will they be swallowed up by the care system and become victims of society too?

We also saw Nick’s funeral which started off as sombre and ended as a joyous celebration of his life at his graveside. I fear this might have seemed unpalatable to more conservative eyes, but we must remember that all cultures have their own ways of coping with death.

Like any good real-life drama, the episode ended on a twist. The fingerprints found at the scene of the crime do not match Luchiano’s. So why has he been named by several people as a suspect, and why the need to flee the country?

The final part of the programme focused on the police’s attempt to link Barnes to the crime, despite the forensic evidence pointing otherwise. A breakthrough comes when DNA belonging to Barnes is found in the glove which also has Thompson’s DNA in. Eventually Barnes confesses to the killing, but claims it was in self-defence. This will barely hold water given that Nick’s wounds pointed to him being the one who was attacked and trying to defend himself.

I have to say that I do admire the police. Having to sit through hours of interviews and just hearing “No Comment” must be so frustrating. I also wonder, where the criminal is concerned, how they think it is helping themselves by not saying anything. Surely if you want to prove your innocence, sing like a canary.

Eventually it went to trial and Barnes was found guilty of murder and sentenced to 23 years. By the time he comes out of prison he will be a middle aged man but young enough to have hopefully learnt his lesson and start a new life. His parents were also jailed for assisting an offender.

We were left with several unanswered questions. Both Barnes and Nick were young men with no previous offences. Who was it that embroiled them in this horrific world of guns, knives and gangs? Someone out there asked Barnes to ask Nick to get the gun. Why did Nick agree to try and get a gun? Were both boys desperate to join a gang and this was an initiation? No will ever tell, although I guess that there are plenty of people out there who know the truth.

The sad thing about the whole programme was the sense of inevitability. These young kids seem to be living pretty hopeless lives. Growing up in a deprived area with parents who are trying to do their best but can’t keep an eye on them 24/7. Where gangs become more important than family, I suspect with many joining in the hope they’ll make just enough money from dealing drugs or dealing in firearms, to escape once and for all. You know there will be another Nick Robinson and another Luchiano Barnes. In London alone this year, several teenage boys have been knifed to death. Who knows what the solution is? But I will say this ground-breaking programme should be shown in schools, to drum home the pain caused to families when their loved ones are killed. Nick’s parents both wish death had come to them instead of their son, and Shannon, his brave girlfriend is going to be scarred for life after what she has endured at such a young age. Surely no amount of status or money is worth that? 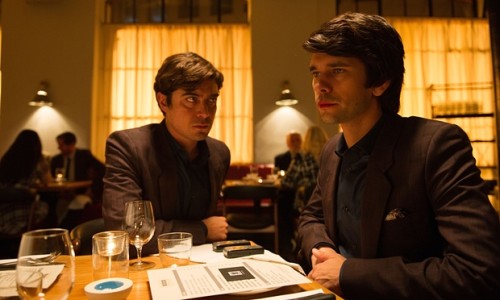 Don’t get me wrong, I still love ‘London Spy‘, but I finished this episode wondering what the hell I’d just watched. Danny’s gone from a relatively normal world to suddenly being summoned to restaurants to meet men with weird accents who claim to be escorts. For some reason, prior to meeting the guy who claimed to be Alex’s seducer, Danny was taken to a hotel in a cab, without being told where he was going. Where he was ordered to step into a bath, fully-clothed, before changing and taken to a restaurant in the cab. I was half expecting the taxi to be driven by Moriarty and at the restaurant he would be met by Rich (Mark Gatiss) who is actually Mycroft.

But none of this happened. Basically, Danny was told that Alex had to be killed because his falling in love with Danny compromised his career as a spy, and so he had to die. Danny finally worked out the cypher code and found it was a USB. After meeting with Harriet Walter, who turned out to be Scottie’s beard, and Adrian Lester who was a professor, he discovered that the USB contained details of some weird thing that Alex devised whereby politicians could be revealed to be lying just by facial mapping. No, I don’t quite understand either. Surely no one believes politicians anyway.

The episode ended with poor Scottie being driven off in the taxi, and Danny finding him hanging from a tree, dead. Not sure why he had to die, but I suspect he has said too much. This episode was as confusing for the viewer as it was for Danny, but I’m compelled to watch the last episode and I hope that we get to discover the truth and not get left with loads of loose ends.

Karen Mason is a London-based writer. She has published fifteen historical fiction novels and is currently working on her sixteenth. She is also an avid movie goer, with a particular preference for gritty British cinema and a weakness for Jason Statham films! Her music tastes stretch from Muse to the Cinematic Orchestra and she loves discovering new acts.
NEWER POSTTHAT WAS THE BOX – December 2015 (Week Two) | TV Reviews
OLDER POSTTHAT WAS THE BOX – November 2015 (Week Four) | TV Reviews