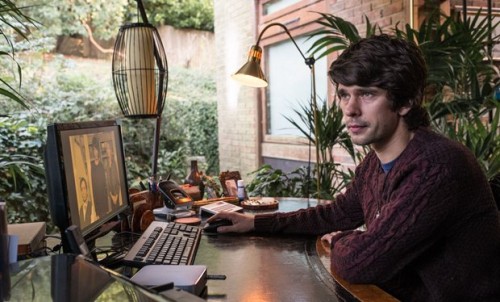 After a thoroughly confusing episode last week, the finale was a little easier to understand. Call it female intuition, but I thought there was more to that housekeeper/mother set up than met the eye, when we were first introduced to them a few weeks ago. It turned out that the housekeeper was indeed Alex/Alistair’s mother, who had him taken off her by her employer when she was a junkie and him a gifted toddler. It transpired that Frances, the woman he considered to be his mother, was in fact a spy whose career had been eclipsed by her bumbling husband, just because he was a member of the Old Boy’s Network. When she spotted baby Alex’s potential she decided to adopt him and mould him into the spy she should have been. Trouble was, he fell in love with Danny and this compromised everything. We still don’t know if it was Frances’s idea to lock Alex in the case, just to scare him, or she knew nothing about it until she was taken to the flat, but either way, it went tits up when the secret service decided he was too much of a danger and so left him to die.

There still remains many unanswered questions. What will Danny do now he has the posh house and car left to him by Scottie, and the skills to become a spy himself? How did he know how to hide things in improbable places, and the many secret exits in restaurants and bars throughout London? A nefarious past of running away from things, or is he a sleeper? Will the police believe Frances when she tells them her son was murdered when all she wanted was for him to make himself safe and run away to America to start a new life and abandon his research? Who was Clarke Peters? Why did he hand Danny that card? How can Ben Wishaw be so beautiful?

I really hope there is a second series. This has been one of the best new dramas of the last five years, and apart from guessing that the housekeeper was really Alex’s mother, I had no idea how it was going to conclude. A fab way to end 2015. 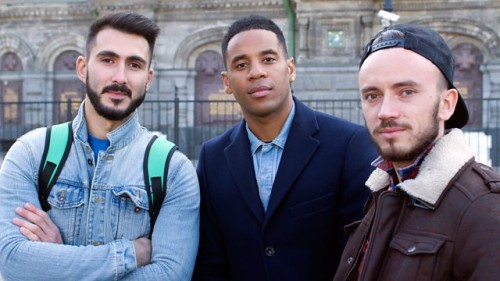 The concept of this series is interesting. Reggie Yates looks at the issues effecting young men in 21st century Britain. As a woman I have no concept of what it’s like to be a man, let alone a young one, and I do think that sometimes men’s social and economic needs do get overlooked. Of course it could be argued that women have been overlooked for far too long, and I quite agree, but given that the majority of crime is committed by young men, there is obviously something going on that needs to be addressed.

In this first show, Reggie looked at homophobia in the Black and Asian community. On paper it seemed like an interesting idea. Living in South London and indeed being half West Indian, I know all too well the intolerance of gays from many black men (interestingly South London has more black males than anywhere in the UK – I never knew that). But rather misguidedly, in my opinion, Reggie tackled it from a religious point of view. Seemingly shocked that pastors at a Seventh Day Adventist Church and followers of Islam don’t condone homosexuality. Go into any white, Christian church and I think you’ll find you get met with the same response. In my liberated culture, the thought of a parent condoning their child being a murderer rather than gay, which was the case of the rather sweet and naïve Sahil, is shocking. But I also know of white, working class households where the same view would be held.

Putting my cards on the table, I think religion is inflammatory and that people should live by their own moral code rather than blame everything on God (I’m agnostic by the way), but if people are going to dedicate their lives to their faith, they would be deemed rather hypocritical to go ‘oh yeah well the Bible/Koran teaches that homosexuality is wrong but I’ll condone it because I met a really nice gay guy down the barbers’

To me, a far more interesting approach would have been to look at why, in the 21st century, footballers feel they can’t come out. Given that one in ten people is gay or transgender, that means that hundreds of premier league footballers must be gay and yet they feel they can’t come out because it would be met by derision from largely white, working class fans, every Saturday. I know a lot of white, non-religious men who are homophobic, why is that? Take religion out of the equation and you would get a far more interesting programme.

With respect to black young men, I think faith is an easy excuse. I fear the same reason prompts them to join gangs as well as hiding their homosexuality, and that is the macho culture that is prevalent in black males. Their worth is often based on their masculinity and how many children they can father. It was interesting that the two mixed race people Reggie interviewed – transgender Talulah and a lady at Derby Pride, both had little contact with their black fathers. That is typical and is certainly my own story as well. Maybe it should be addressed why so many young black men think it makes them a man to prove they have healthy sperm, and yet to come out and admit they like other men and are brave enough to live their life how they want to, somehow makes them weak.

The show did bring its touching moments, like when we got a surprise and did meet Talulah’s dad, who accepted how his son had chosen to live his life, and now accepted Talulah as his daughter, which is a very progressive attitude for a West Indian man. He had been in prison and people had judged him and he wasn’t willing to do that to his own flesh and blood and he loved Talulah no matter what she chose to do. There was also the moment when Sahil attended Derby Pride and met other young, gay men and decided to stay and have a night out. Up until then, you could tell he was thinking about choosing a celibate life rather than be himself because that was what he had been taught.

It’s a scary thought that we live in a world where people can’t be themselves because of their family and community choosing to base their morals from something they read in a book and not what they see in front of their own eyes, but I see it as a problem that won’t be solved in my life time. My hymn is Imagine by John Lennon. The words make more sense than anything you’re going to hear shouted by a pastor in a community centre in Peckham. 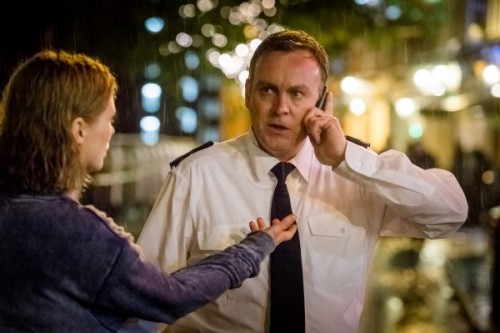 The last series of ‘Prey‘ starred Sam Tyler as a copper accused of murdering his family before going on the run. This series stars Gene Hunt as a prison officer who is coerced into going on the run with a (surprise surprise) attractive female prisoner, as his daughter – who was Katie in ‘Emmerdale‘ – has been kidnapped, supposedly by the prisoner’s brother, whose body also appears to have been found burnt out in a car. I’m hoping the next series does a ‘Line of Duty‘/’Prey‘ cross over and we get Alex Drake as Lindsay Denton going on the run from the police officers she framed.

Seriously, it is a bit confusing given the last series starred John Simm and this one has Philip Glenister who is using his Manc, GH accent to play David Murdoch, an officer in a women’s prison who likes to do amateur dramatics and is having a fling with a woman called Chrissie who his pregnant daughter doesn’t approve of. When a prisoner called Julie Hope collapses on the wing, Murdoch and a female officer accompany her to hospital. Naturally it has all been staged so he can be blackmailed into helping her escape. I’m still not entirely sure that the daughter isn’t in on it, but I’m sure we’ll find that out later.

Meanwhile the rather shambolic DS Susan Reinhardt (played by Rosie Cavaliero) – who continues to do her best impression of a female Columbo and is living with the guy who got his willy out in Nine Songs, and her rather impetuous sidekick, Richard find a burnt out car containing the body of a man who has ID belonging to Daniel Hope, who happens to be said Julie Hope’s brother and the main claiming to have kidnapped Lucy, David’s daughter. How can that be?

There’s nothing deep and meaningful about ‘Prey‘, no hidden subtext or anything to leave you thinking. It is merely a high-octane romp that keeps you guessing until the end. It’s strangely addictive, a bit like McDonalds, but you know at the end you’re not going to have gained anything by consuming it.

Karen Mason is a London-based writer. She has published fifteen historical fiction novels and is currently working on her sixteenth. She is also an avid movie goer, with a particular preference for gritty British cinema and a weakness for Jason Statham films! Her music tastes stretch from Muse to the Cinematic Orchestra and she loves discovering new acts.
NEWER POSTTHAT WAS THE BOX – December 2015 (Week Three) | TV Reviews
OLDER POSTTHAT WAS THE BOX – December 2015 (Week One) | TV Reviews