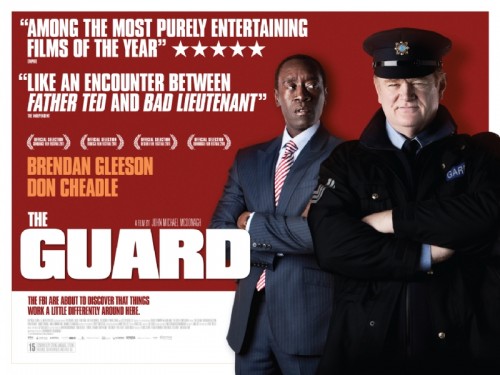 Tampering with evidence at a crime scene, taking acid from a freshly deceased crash victims’ pocket, dropping numerous racial slurs, and drinking on the job. Sergeant Gerry Boyle (Brendon Gleeson) does all the above, but manages to make the audience sympathise with him during this hilarious comedy – ‘The Guard‘!

Written and directed by John Michael McDonagh, brother of ‘In Bruges‘ writer/director Martin McDonagh, this is a film of the same ilk. While the story is somewhat clichéd; a black FBI agent from the big USA comes to small town Ireland and partners up with small town Irish guard, a typical fish out of water/culture clash set up, the banter is awesome. 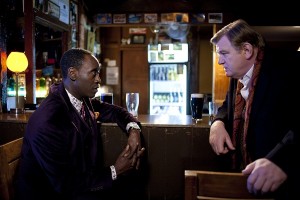 The film does sag a little in the middle, but the performances are pretty pitch perfect throughout, and it cemented my theory that Brendon Gleeson should be in everything. The final act seems maybe a bit rushed, but it is exciting, and the viewer very much cares about the fate of the protagonists (I believe I may even have partaken in some air punching!). 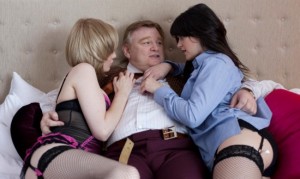 Don Cheadle is also well cast as FBI agent Wendell Everett, who aims to smash the drug ring, but reluctantly has to enlist the help of the Irish Sergeant. He’s a play-it-by-the-book type of guy who’s easily shocked by Boyle’s all too candid admissions of drug taking, not to mention the racist remarks. A certain bond does grow between the unlikely duo, and while what I have said above may make Gleeson’s character sound quite reprehensible, in reality he’s not, but you really have to see the film to understand why.

As a debut this is excellent stuff, and marks John Michael McDonagh as a definite talent to watch. Much like ‘In Bruges‘ I also suspect that this might be a film that gets better with repeat viewings.

4 out of 5 – A fantastic debut, very funny with great performances. I may have to re-grade it to a five after a couple more sittings.