‘CAPTAIN PHILLIPS’ – Ahoy! This Movie Is Making Headway To The Oscars! 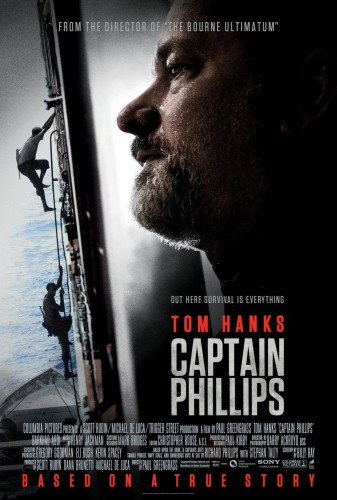 Be ready to batten down the hatch after the opening credits sail, because ‘CAPTAIN PHILLIPS’ will relentlessly hold you captive with suspense!

Under direction of Paul Greengrass, this film navigates through a fictionalised version of what happened to the Captain and crew of the Maersk Alabama, a U.S. container ship that was hijacked by a crew of Somali pirates in 2009.

Two-time Academy Award winner Tom Hanks portrays Captain Richard Phillips in this nautical thriller. His first class performance will most likely dock his third Oscar, but a more remarkable story may be that of supporting actor Barkhad Abdi. Abdi plays Muse, the Somali pirate captain, and the film marks his acting debut. 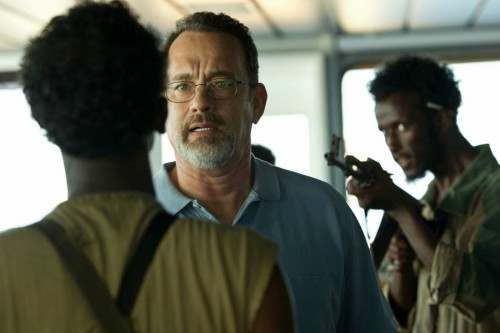 In an interview with Matt Lauer on NBC’s ‘Today Show‘, Abdi explained he is Somali but lives in America. He was a limousine driver who received the role by answering a casting call advert in a newspaper. In fact, he didn’t even meet Tom Hanks until it was time to film the scene in which he overtakes the American ship. Abdi expressed he was disappointed about not being able to meet the A-list star prior to the filming of their on-screen confrontation, but he understood the level of importance the director placed on creating the tension for that scene. With no experience, Abdi proves weatherly and could be underway for a new career. In addition, his three other Somali co-stars simply answered the call for “actors” and also rocked the screen.

To prepare for his role, Abdi said he read a lot of pirate stories and used his imagination. Clearly, he didn’t model his acting around Captain Jack Sparrow, a swashbuckling Disney hero. Abdi’s portrayal of Muse is riveting. Tom Hanks called him “the most skinniest, terrifying guy” he had ever met. Perhaps it was the non-scripted lines Abdi added in their initial co-starring scene that set this impression?

“Look at me. Look at me. I am the Captain now!” he snarls, once taking command of the bridge.

The film offers no safe haven from suspense, even though we know how it unfolded in real life several years ago. However, if you are expecting a boat load of profanity and incessant graphic violence, you will be left high and dry. While there is a bit of both, it is refreshing to know that it’s minimal compared to what Hollywood has moulded us to accept. It’s a great movie to see on a date or with your 1st, 2nd, or 3rd mate (if the MRS gives you some shore leave). The only complaint I can possibly fathom one might have is the extensive use of subtitles for the Somali dialogue, but I can’t imagine the film would’ve kept its authenticity without them. 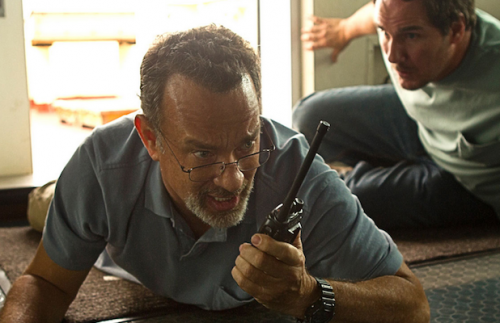 When we reach the official “anchor’s aweigh” for award season, ‘CAPTAIN PHILLIPS’ will leave a treacherous wake behind it for films wishing to catch up and compete. The above-board acting, stellar directing and excellent editing will turn all of this Oscar scuttlebutt from rumour to fact.


Beating this movie will require more than dispatching all hands on deck to grab a statue. Savvy?

Melanie Todd has lived in Florida, New York and London. She has experience with NBC News and Universal Studios. Currently, she is in the US preparing for a move back to London, where she hopes to work in entertainment publicity/public relations. Melanie enjoys running and drinking wine, but of course, not at the same time. Follow her on TWITTER @MelanieTheRep and visit her blog at www.WhatTheRepShouldDo.com
NEWER POST‘GRAVITY’ – 3..2..1….. LIFT OFFFFFFF!
OLDER POSTThe X FACTOR Blog – Week One!