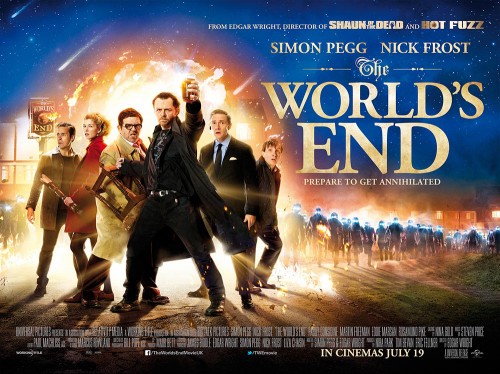 ‘Hot Fuzz‘ is one of my favourite films, and I’ll happily shove my ‘Shaun of the Dead‘ DVD on if there’s nothing else to watch on a rainy Sunday afternoon. So it was strange that I approached ‘The World’s End‘ with a horrible gut feeling that I would hate it, and unfortunately I was right.

The film tells the story of five friends – Andy (Nick Frost), Pete (Eddie Marsan), Oliver (Martin Freeman), Steven (Paddy Considine) and Gary (Simon Pegg), who meet up after twenty years, to complete the pub crawl they couldn’t finish on the day they left school. Okay so far. Pegg gives a tour de force performance as the troubled Gary – that one annoying friend we all have who refuses to grow up and accept that middle-age is upon us, and that it’s time to leave partying to the young. The film starts to fail terribly when the revelation comes that Newton Haven, their childhood village, has become overrun with alien replicants determined to cause the apocalypse (hence the title). From there on, our leads battle the replicants in a series of fights that are rip-offs of ‘Shaun of the Dead‘, whilst Gary is determined to make it to the final pub on the crawl – The World’s End. 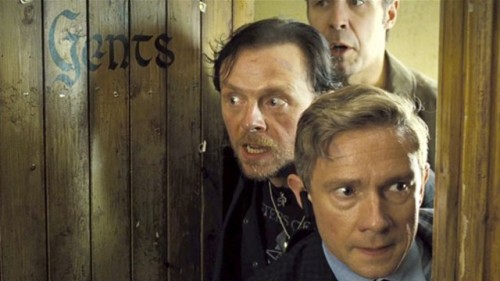 What’s right with it? Very little. You cannot take your eyes off Pegg, and given the last film I saw him in was ‘Star Trek Into Darkness‘ – where he was playing Scotty, this shows his versatility as an actor.

What’s wrong with it? ‘Shaun of the Dead‘ and ‘Hot Fuzz‘ were lovable pastiches of all the films we watched as kids and part of the fun came in recognising the famous scenes and clichés. I’m guessing ‘The World’s End‘ is a parody of a sci-fi film, but instead it feels like a load of ideas cobbled together, and the cast seem jaded and going through the motions. The previous films worked largely because the cast were relatively unknown except to British comedy fans. But Pegg in particular is now a major Hollywood star and his typical, smug and yet slightly insecure character has now become a parody of itself. 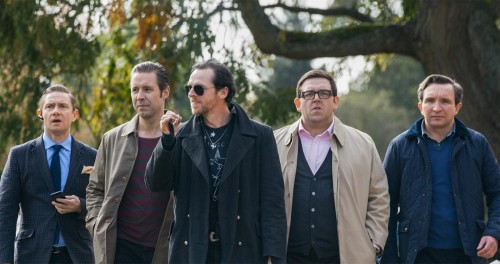 Unfortunately Wright‘s ‘Cornetto Trilogy‘ will go out with a whimper rather than a roar, and it’s good that he has decided to end it here while the other films are thought of warmly in our memories.

Karen Mason is a London-based writer. She has published fifteen historical fiction novels and is currently working on her sixteenth. She is also an avid movie goer, with a particular preference for gritty British cinema and a weakness for Jason Statham films! Her music tastes stretch from Muse to the Cinematic Orchestra and she loves discovering new acts.
NEWER POSTBATTLE OF THE BRUCES – Who’s The Best?
OLDER POSTTHE CALL – Movie Review