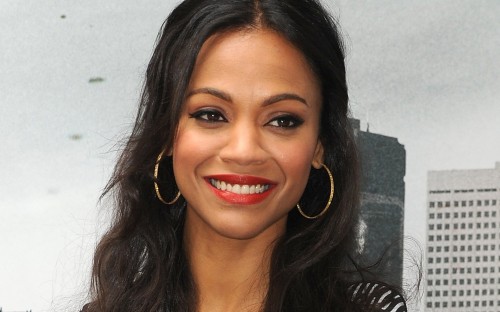 Rosemary (Saldana), a young wife and would-be mother who, with her husband, moves into an apartment in Paris which they soon discover has a dark past. After finally becoming pregnant, she’s increasingly suspicious that both her husband and their mysterious neighbours have ulterior motives about the future of her child. Mia Farrow starred in the same role, in Roman Polanski’s 1968 movie adaptation.

Speaking of the decision to cast Saldana in the role, NBC’s Head of Longform Programming, Quinn Taylor, said:

“Zoe has proven that she is one of our most gifted actresses, and we think she has the perfect combination of spirit and gravitas to take on the title role from Ira Levin’s infamous novel.

“With Zoe leading the cast under the direction of Agnieszka Holland, this reimagined event miniseries is off to a great start.”

Saldana recently starred in the Christian Bale drama ‘Out Of The Furnace‘, and her upcoming projects include Marvel’s ‘Guardians Of The Galaxy’ and ‘Blood Ties‘.

Holland will direct ‘Rosemary’s Baby‘ from a script by Scott Abbott, and production looks set to begin shortly in Paris.

Ed is an entertainment news writer, and founder of TOMORROW'S NEWS. He always keeps a watchful eye on who and what's trending in the entertainment world. His articles focus on tomorrow's news today, including celebrity news, film news, music news and so much more!
NEWER POST’12 YEARS A SLAVE’ – Gripped And Shackled With Emotion To The Very End!
OLDER POSTGRAVITY Rockets To The Top With 11 BAFTA Nominations!