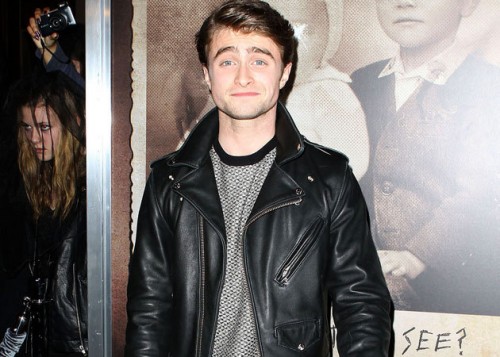 Daniel Radcliffe has denied rumours that he will be replacing Sacha Baron Cohen as legendary QUEEN singer Freddie Mercury in a new biopic, insisting he is “completely wrong” for the role!

Radcliffe was linked to the role after ‘The Dictator‘ star, who was originally attached to star as Mercury since 2010, dropped out of the role earlier this year amid creative differences with the surviving members of QUEEN – who will produce the flick.

It’s rumoured that Baron Cohen wanted to make the movie grittier and warts-and-all, however Brian May and Roger Taylor want a more family-friendly film about Mercury, who died following complications with AIDs in 1991.

Taylor recently claimed Baron Cohen was dropped from the project because he and the other members of QUEEN were worried he would make the film too funny.

Ed is an entertainment news writer, and founder of TOMORROW'S NEWS. He always keeps a watchful eye on who and what's trending in the entertainment world. His articles focus on tomorrow's news today, including celebrity news, film news, music news and so much more!
NEWER POST‘PRISONERS’ – A Movie That Will Keep You Captive, Even After The Credits!
OLDER POSTGOTHAM: The Origins Of COMMISSIONER GORDON Picked By FOX TV!