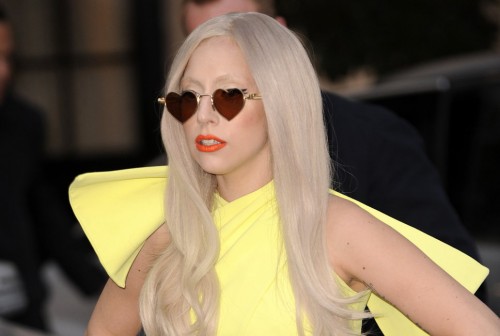 Lady Gaga has spoken about her battle against severe depression, which she faced late last year (2013), but the singer admits she has now rediscovered her passion for music!

The Applause chart-topper recalled a very stressful 2013, during which she had to cancel her tour to have hip surgery, splitting with her long-term manager, Troy Carter, and received mixed reviews for her latest album ARTPOP. With all this, Lady Gaga has now managed to claw herself back to a much better place.

In an interview which is set to feature in the March issue of Harper’s Bazaar magazine, the 27-year-old star said:

“I went through a rough time last year. I felt very taken advantage of by people I trusted.

“I became very depressed at the end of 2013. I was exhausted fighting people off. I couldn’t even feel my own heartbeat. I was angry, cynical, and had this deep sadness like an anchor dragging everywhere I go. I just didn’t feel like fighting anymore. I didn’t feel like standing up for myself one more time — to one more person who lied to me.”

“I really felt like I was dying — my light completely out.”

Lady Gaga eventually saw a turning point, and forced herself to start focusing on the good things in her life again at the beginning of January (2014) – which involved rediscovering her passion for her career.

“Depression doesn’t take away your talents — it just makes them harder to find. But I always find it. I learned that my sadness never destroyed what was great about me. You just have to go back to that greatness, find that one little light that’s left. I’m lucky I found one little glimmer stored away.”

Ed is an entertainment news writer, and founder of TOMORROW'S NEWS. He always keeps a watchful eye on who and what's trending in the entertainment world. His articles focus on tomorrow's news today, including celebrity news, film news, music news and so much more!
NEWER POSTJAY LENO Says Farewell To THE TONIGHT SHOW After 22 Years.
OLDER POSTJAMES FRANCO To Open School For Actors!