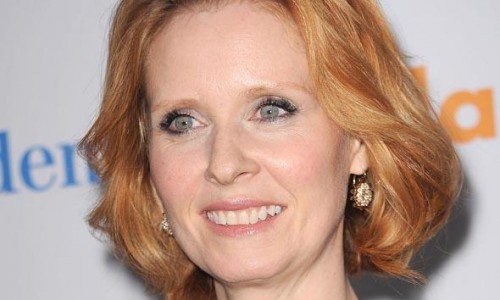 ‘Sex and the City‘ star Cynthia Nixon will play a university professor of English who is dying from ovarian cancer, in a brand new Broadway production of ‘WIT‘!

The small/big screen actress, will portray Dr Vivian Bearing, a university professor of English who is fighting the killer disease and reflects on her life by referencing the metaphysical poetry of John Donne and the beautiful intricacies of language.

The play (written by Margaret Edson and won the Pulitzer Prize in 1999) will be staged at the Manhattan Theatre Club and is set to officially open on 26th January, 2012.

This will be a Broadway debut for ‘Wit‘, despite initially being adapted for the small screen back in 2001 as a HBO movie – starring the wonderful Emma Thompson. But this won’t be Nixon‘s first time on Broadway, as she won a Tony Award in 2006 for her performance as a grieving mother in ‘Rabbit Hole‘.

Ed is an entertainment news writer, and founder of TOMORROW'S NEWS. He always keeps a watchful eye on who and what's trending in the entertainment world. His articles focus on tomorrow's news today, including celebrity news, film news, music news and so much more!
NEWER POSTMEL GIBSON’s Gay Brother Speaks About “Coming Out”.
OLDER POST‘THE AMAZING SPIDER-MAN’ – First Teaser Trailer!