BATMAN VS SUPERMAN: DAWN OF JUSTICE – “This will blow you away…”

BATMAN and SUPERMAN face each other in the mother of all fights. Can WONDER WOMAN bring them together? 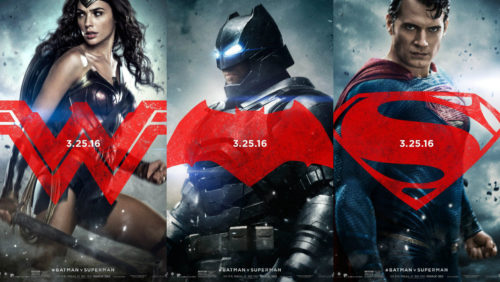 Think mind-blowing, mind-altering, overwhelming, psychedelic, and the kind of action where you dare not remove your eyes from the screen from the impending fear that you may miss something. Well, ‘Batman vs Superman : Dawn of Justice‘ is all of that rolled into one, and so much more.


We’ve all been waiting eagerly for this film ever since we heard that Ben Affleck was going to be the new Batman. And, what fuelled our anxiety even more is the killing suspense over what a fight between god and man would look like. Because surely Superman would fry Batman within a singe of his life with just his eyes.

“God versus man. Day versus night. Son of Krypton versus Bat of Gotham.” (Lex Luthor).  Just let your imagination run wild , and let it keep going. This film does everything well and has an all-star cast that really and truly delivers.

The story picks up nearly two years after Superman‘s (Henry Cavill) massive battle with Zod (Michael Shannon). We get to see that the loss of life and extensive damage left many people feeling angry, and now consider Superman a threat to humanity, including Bruce Wayne/Batman.


Convinced that the future of the world is at risk if Superman‘s powers are left ungoverned, Batman launches his own plans to put a stop to Superman once and for all. The conflict between them is vicious and very little can faze them. In the mean time Lex Luthor (Jesse Eisenberg) launches his own destructive scheme against Superman.

Ben Affleck makes a fantastic Batman and gives an amazing performance. Not only does he fight like how Batman should fight, but he gives us live action and in-depth strategic planning that really engages you.

Henry Cavill was fantastic in 2013’s ‘Man of Steel‘ and just as amazing in this film too, giving a strong and moving performance. He is the heart of the film, taking us with him through all the emotions we could possibly feel as we watch his story unfold, and all the pieces come together as a whole. 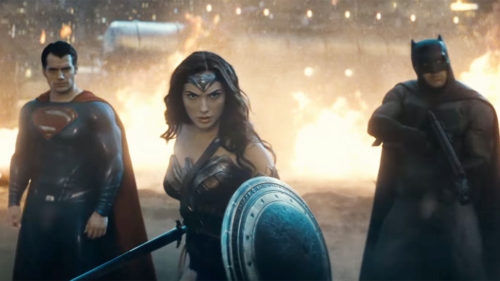 Jesse Eisenburg was a truly villainous villain who took evil to the next level and beyond. Gal Gadot as Wonder Woman added flavour to the film and opened up a whole new story line to look out for in the future.


It’s the year of superheroes and this film is a definite must-see to add to your list. It will absolutely leave you wanting more, and hoping that director Zack Snyder gets to work on the next film straight away.

Khardine Gray writes fun, romantic fiction and is currently working on her second novel due to be published by the end of the year. She loves any film done by Marvel and all super hero films. She also loves thrillers, films with fast cars and action films. In her spare time when she isn't writing you can find her taking full advantage of an ice rink, or any ballet class she can find. Or, simply shopping and enjoying a good pizza.
NEWER POSTTHE HUNTSMAN: WINTER’S WAR – “Truly Enchanting”
OLDER POST10 CLOVERFIELD LANE – “Unnerving and exciting”