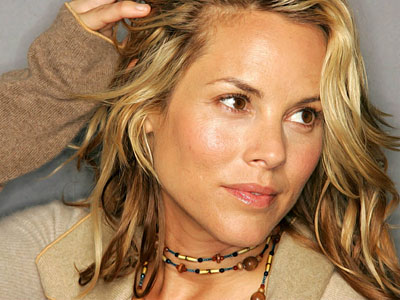 NBC seem to be on the roll lately, what with them finding their Wonder Woman for a new pilot episode. Now it appears they’ve found a leading lady for another new project – a U.S. remake of Britain’s ‘Prime Suspect‘ with Maria Bello set to be cast as the lead detective, according to Variety!


The pilot, from writer Alexandra Cunningham, will see Bello in the role of DCI Jane Tennison, which was portrayed originally by Dame Helen Mirren. In this interpretation, Bello will play a detective in a tough New York precinct dominated by men.

Cunninghan will exec produce along with Peter Berg and Sarah Aubrey – the two behind NBC‘s ‘Friday Night Lights‘. Berg will also direct the pilot.


The original show won an array of awards over in the U.K., including BAFTA prizes for Best Actress (Dame Helen Mirren), Best Drama Serial and Best Film or Video Editor – Fiction.

Could this remake yield a few Golden Globes? No pressure!

Ed is an entertainment news writer, and founder of TOMORROW'S NEWS. He always keeps a watchful eye on who and what's trending in the entertainment world. His articles focus on tomorrow's news today, including celebrity news, film news, music news and so much more!
NEWER POSTHalle Berry Re-Joins NEW YEAR’S EVE Project!
OLDER POSTADRIANNE PALICKI Named As NBC’s WONDER WOMAN!