In a battle that sees muscles vs. machine, who will win?

When Marvel brought us ‘Captain America: The First Avenger‘ in 2011 they completely dazzled us with this fantastic film. They gave us more and more, continuously delivering on each film and setting the standard higher too, expanding the Marvel Cinematic Universe.

‘Captain America: The Winter Solider‘, the Iron Man and Thor films, ‘The Avengers Assemble‘, ‘The Avengers: Age of Ultron‘. These were all films that literally blew your mind away and took us out of this world with action and adventure. Notice a pattern here? 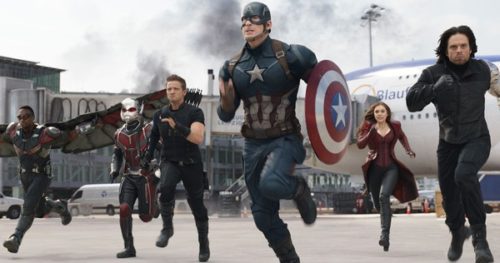 Marvel has fattened us up in preparation for the grand feast, because ‘Captain America: Civil War‘ was absolutely incredible.


It was an amazing, fantastic, astounding, tremendous action adventure that is probably the best film Marvel has ever done, and that’s saying a lot since there are so many that were great. ‘Captain America: Civil War‘ has taken everything to the next level and beyond.

Serving a dual purpose as a sequel to ‘Captain America: The Winter Solider‘ and ‘The Avengers: Age of Ultron‘, it brought together the events in both films and a great cast of characters from across the Marvel universe.

The film kicks off with a mission in Africa that goes wrong when an explosion causes a lot of accidental casualties. The team is then brought under the scrutiny of the world leaders and told they have to be regulated and put in-check. The Secretary of State Thaddeus Ross (William Hurt) presents the team with the Sokovia Accords, a document named after the demolished city in ‘The Avengers: Age of Ultron‘. The aim of the document is to allow the United Nations control over what situations the Avengers get involved in.

Steve Rogers (Evans) opposes the whole thing entirely, while Tony Stark (Downey Jr.) supports it, believing that they need to be controlled in a structured way as their previous work has caused too much damage along the way. Despite defeating whatever villain they were tasked with. 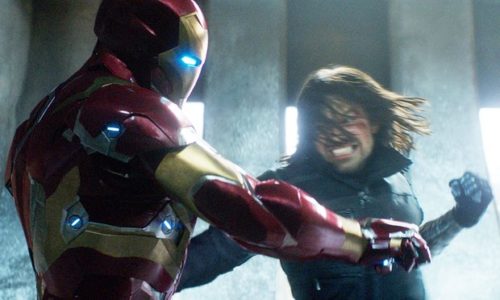 The decision literally splits the team in half and we get to see what it looks like to battle one superhero against another. Outside of a video game this was phenomenal to watch, and by far very satisfactory. Marvel fans and gamers alike would appreciate this.


Each fight scene across the film had its own awesomeness and you couldn’t really single out one specific character’s performance because everyone was impressive.

To make matters even more interesting, while the team are caught up with the civil war between them an even bigger threat arises adding more to the adventure and the mind-blowing action.

This movie will definitely have you on the edge of your seat with the action. It’s also fun, humorous – it will have you laughing in places (seriously laughing to tears with some jokes), it’s emotional and engaging. It’s everything you want in a summer blockbuster and will only leave you eagerly counting down the days till we hear of the next release; ‘Avengers: Infinity War‘.

Khardine Gray writes fun, romantic fiction and is currently working on her second novel due to be published by the end of the year. She loves any film done by Marvel and all super hero films. She also loves thrillers, films with fast cars and action films. In her spare time when she isn't writing you can find her taking full advantage of an ice rink, or any ballet class she can find. Or, simply shopping and enjoying a good pizza.
NEWER POSTFRIEND REQUEST – “A New Kind of Scare”
OLDER POSTZOOTROPOLIS – “An Animated Movie With Substance”