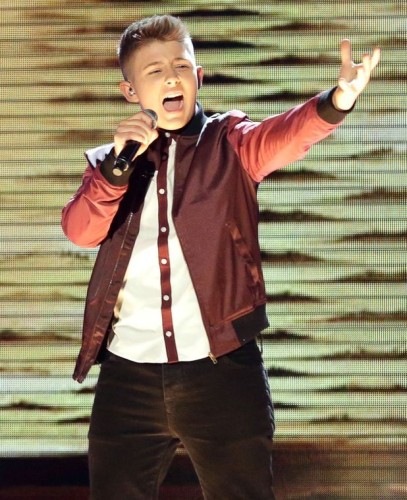 It’s a week on and I’m still reeling at how Hannah was robbed last week. How did Tamera sail through? Honestly? She forgot her words again! Are people voting for her because they want to watch a car crash? I’m not even going to berate myself for being wrong about predicting Tamera to go, because she should have.

Anyway, on with the show. Last night they had to sing two songs. One which the public have chosen from a choice of three, the other is by their musical hero.

Nicholas McDonald was up first – the public voted for him to sing Just the Way You Are by Bruno Mars. Nicky reckons he’s been watching other singers his own age to find his identity, but there’s something of the Gary Barlow about his performance. Strange because Gary’s the person who moans at him (but that might be because GB sees him as a threat to Rough Copy). Nicky’s voice sounded less polished last night and I actually preferred him like it.

Nicholas’s second song was Greatest Day by Take That, as Gary is his hero. Brave, seeing as GB has criticised him, but as I said, there is a touch of the Barlow about Nicholas and even Louis Walsh says so! I always think of this as a bit of a non-song that never goes anywhere and I’d have preferred Nicholas to sing Rule the World, but his voice sounded nice. Two good performances from him. I think Nicky will sail through to the semi final. 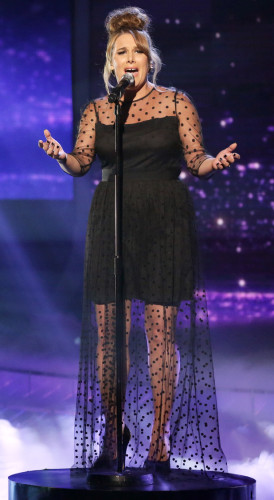 Sam Bailey sang How Will I Know? by Whitney. Probably the most upbeat song I’ve heard Sam sing. My only advice is to tone down the Celine Dion-esque legs akimbo stance. Sam Bailey is going to win the X-Factor.

Sam’s second song was Clown by Emeli Sande – I loathe this song due to my utter dislike of all things Sande but I remember Sam singing this at Boot Camp and moving me to tears. And I’m guessing the public voted for her to sing it for the same reason. The stylists dressed her as Adele for some reason. I have a feeling this might be her winner’s single.

Tamera Foster was next and she’s had hypnotherapy to remember her words. Maybe she should take the advice of someone on Twitter and sing Manamana by the Muppets so she’ll remember the lyrics. Instead she sang We Found Love by her hero Rihanna. As the norm with Tamera it was a bit “Tonight Matthew I’m going to be Rihanna”. But at least she sang it all the way through and looked as though she was having fun. 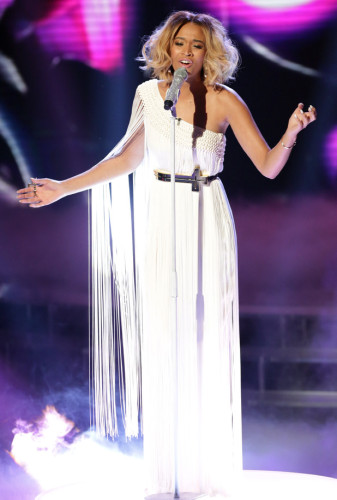 The song the public chose for her was The First Time Ever I Saw Your Face, which is in my top 5 favourite songs ever. I remember Matt Cardle singing this on X-Factor and he did it so beautifully, it actually got me a bit excited (TMI?). In the VT it was said that Tamera was going to sing the Roberta Flack song, but instead she actually sang the Leona Lewis version (possibly because S Cowell wants her to be the new LL). Her voice sounded wobbly in parts, but it added a vulnerability to her performance and it was good. Not outstanding, but good. I still think Tamera has peaked.

The public chose Luke Friend to sing a song called Skinny Love, which I confess I did not know and had to Google to find out it’s by Bon Iver (me neither). This is the sort of music I could see Luke recording. It’s the first song I’ve seen him do that appears to mean something to him and he took it seriously. I really do think Luke has a future in music, even if he was to go out tomorrow tonight. 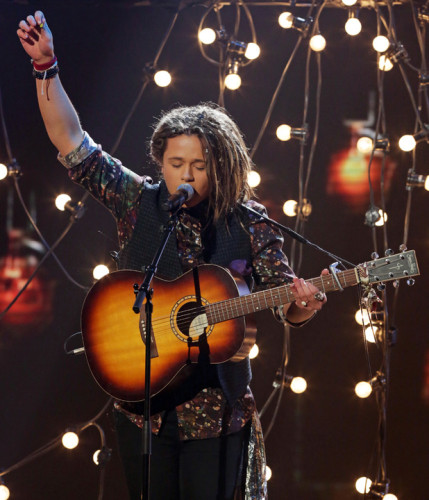 Luke’s heroes are Mumford & Sons (God love him, I thought he had taste) and he did the Waitrose Wurzels’ I Will Wait. He gave a good performance and really looked as though he was enjoying himself and this made his performance enjoyable to watch – despite the song.

Rough Copy returned from being (unfairly) in the bottom two last week and sang a mash-up of Vibe by R Kelly and Every Little Step by Bobby Brown (legendary chooons!!). These songs make me feel old for two reasons. One, I used to be able to do the dance to Every Little Step and now if I did it, my knees would pop; and two, Vibe reminds me of going to Sleazers in Streatham of a Saturday night and dancing whilst drinking watered-down alcohol. Anyway, back to the act. For some reason one of them is wearing a rucksack, and another has his hair like B Brown’s. I thought it was quite a weak performance and they sounded as though they were struggling. The ‘R C’ chants from the audience sounds like ‘arsey’ and I find it rather off-putting.

The song chosen for them by the public was I Believe I Can Fly by R Kelly. This is the X-Factor, and the band were dressed in white, and the song is quite spiritual. I was waiting for the obligatory choir, and on they came!! It was a nice, heartfelt performance, and if some weird thing happens and they beat Sam Bailey, this would make a great winner’s single (it ain’t gonna happen though).

It’s getting really hard to predict the bottom two. They’re all so good now it’s hard to choose. But I’m going to have to say something, so I’ll plump for Tamera and Luke Friend.

Karen Mason is a London-based writer. She has published fifteen historical fiction novels and is currently working on her sixteenth. She is also an avid movie goer, with a particular preference for gritty British cinema and a weakness for Jason Statham films! Her music tastes stretch from Muse to the Cinematic Orchestra and she loves discovering new acts.
NEWER POSTBBC’s RIPPER STREET Is Axed After Decline In Viewers!
OLDER POSTFAST & FURIOUS Cast Members Pay Tribute To PAUL WALKER.