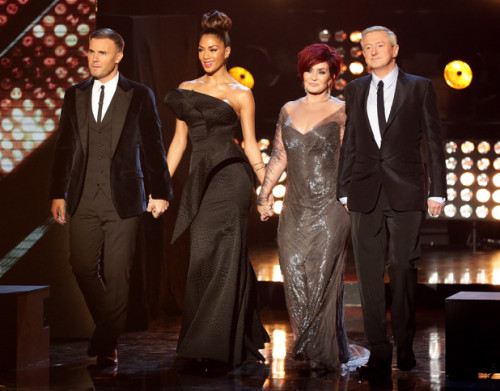 So it’s the Semi Final and oh the irony, the theme is Elton John vs Beyonce, and Tamera Foster isn’t in the contest any more. I’m quite proud that I predicted the bottom two and the evictee last week. With the competition being so right, I’m not sure I can do it again this week but I’ll do my best.

Up first was Luke Friend singing Best Thing I Never Had by Beyonce. The acts are at an advantage with me this week, as I’m not the greatest fan of Beyonce, and am only really familiar with a couple of her songs; so they can kind of do what they want and I don’t feel in a position to criticise. However. I’m not happy with them turning Luke into a one man Mumford & Sons, (Nicole agreed with me!). The arrangement was a bit messy and made him sound like a pub singer, and Luke is much better than that. He wonders why people aren’t voting for him. Perhaps it’s because of the over-exposure of the Waitrose Wurzels – we’re all sick of that sound. 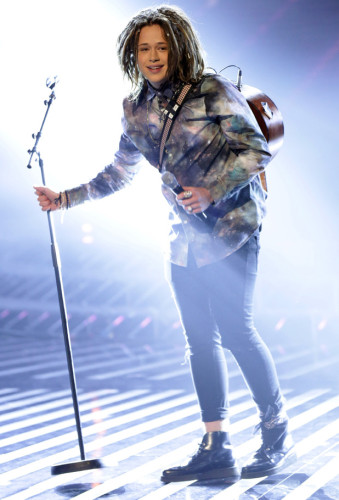 For the Elton John half, Luke sang The Way You Look Tonight and he had his hair tied back, so we could see his sweet little Kimberley Walsh face. He didn’t Mumford it and sang it with conviction. If he was to win, this could be his winner’s single. He’s turned a boring Elton John B-side into something anthemic. I would like Luke to be in the final.

Nicholas McDonald has become my new source of concern. He sang Halo, which I thought Sam would actually sing (okay, I know three Beyonce songs). But he looked more nervous and done in than he has in any other point in the competition. His voice sounded great but the performance was awkward and uncomfortable and when he started crying at the end, it kind of told me that maybe the stress of it all has finally started to get to him. He is very young and seemingly unworldly, and to have pressure like this on him must be phenomenal.

He pulled it back slightly with Don’t Let the Sun Go Down on Me. (I can never take this song seriously and any fans of ‘Phoenix Nights‘ will know why). It was only as he was singing, I realised that Nicholas would look better at a piano. Maybe it’s because he’s a little Gary Barlow, I don’t know, but he needs a piano. He really seems to be feeling the strain though and maybe it would be kindest for his sanity if he left now, before he burns out. 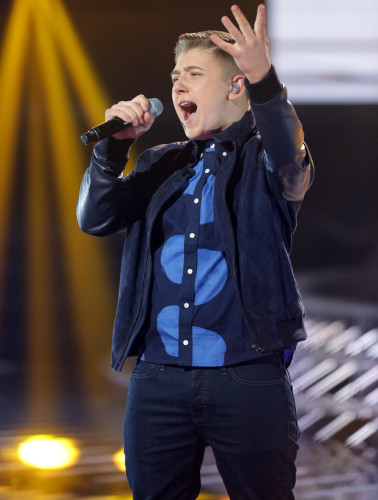 I think I might stop predicting Sam to win, after Joey Essex’s shock eviction from ‘I’m A Celebrity‘. She sang If I Were A Boy by Beyonce. I’m keeping it zipped and have no further comment.

However, when she sang Candle in the Wind. She gave a lovely performance, but I did feel all the time, that big voice was fighting to break out, as this is quite a subdued song. Therefore it didn’t make her performance as engaging as normal.

Rough Copy’s first song was Survivor, which is technically a Destiny Child song. But they weren’t wearing skirts!! Do you think they’ve been reading my blog? When I found out they were singing Survivor, I did fear they would come out in the skimpy khaki ensembles DC wore in the video, but thankfully no. They were still quite camp though, and I’m not sure if that’s the image they’re going for. A good performance but the music was a bit loud and messy for me (I’m getting old – especially seeing as Louis and Sharon agreed with me).

RC’s second song was Sorry Seems to be the Hardest Word. They started off on stools, and I was waiting for the Westlife moment. It came, but not on the key change. One thing I admire about Rough Copy is that they can all sing. In most bands there is a weak link but there isn’t with them at all. They deserve a place in the final.

So that’s it, short and sweet. This series of The X-Factor has gone by so quickly, and this is my last blog as they perform in the TV studio. Next week it’s Wembley!! See you in seven days for the final!

My bottom two for tonight– Rough Copy and Nicholas McDonald.

Karen Mason is a London-based writer. She has published fifteen historical fiction novels and is currently working on her sixteenth. She is also an avid movie goer, with a particular preference for gritty British cinema and a weakness for Jason Statham films! Her music tastes stretch from Muse to the Cinematic Orchestra and she loves discovering new acts.
NEWER POSTDEXTER FLETCHER To Direct FREDDIE MERCURY Biopic!
OLDER POST‘DELIVERY MAN’ – Does It Come With A Return Policy?