CHRIS HEMSWORTH returns in THE HUNTSMAN: WINTER'S WAR - the sequel to SNOW WHITE AND THE HUNTSMAN. 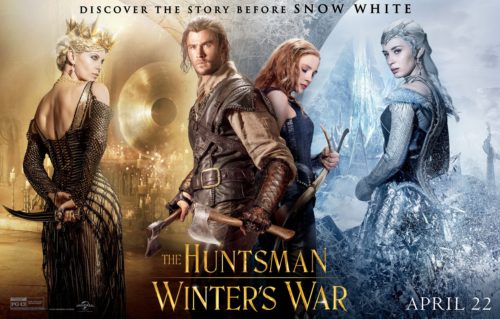 If you saw trailers for this movie you were probably left a little confused when you heard it was a prequel to 2012’s ‘Snow White and the Huntsman‘.


You probably had a variety of thoughts zooming through your mind on how the storyline would play out for the Huntsman. Would he somehow forget that he knew Ravenna? Maybe from some sort of spell or something. Or, would the directors rewrite the story somehow. Thankfully that didn’t happen. 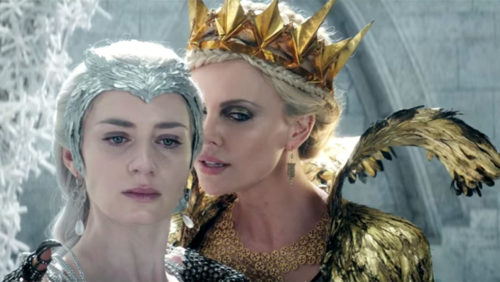 The story begins many years before the events of ‘Snow White and the Huntsman‘ took place. We are introduced to the evil Queen Ravenna and her sister, Freya, who rule their kingdom together.


Freya‘s powers awaken after she experiences deep, soul-wracking heartbreak, and unleashes her power of snow and ice in order to build her own empire. To add to this, she builds her army of huntsmen who include Eric and Sara who she trains from childhood. 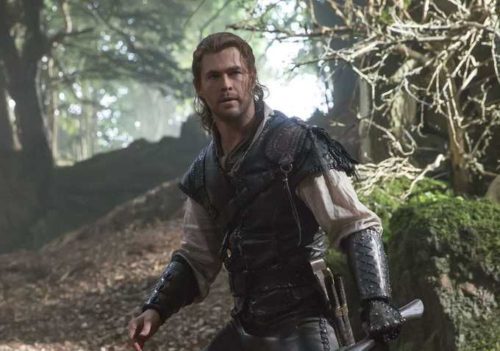 In defiance to Freya‘s laws they commit the mortal sin of falling in love and their plans to escape the kingdom ends in disaster for them both.


The story jumps ahead seven years later after the events surrounding Snow White unfold. Being the best at what he does, Eric is recruited to find the Magic Mirror before it falls into Freya’s evil hands
This is where the story takes off. 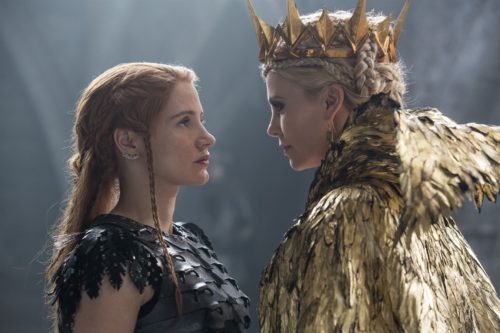 This film has a ‘Frozen‘-meets-‘Chronicles of Narnia: The Lion, the Witch and the Wardrobe‘ sort of feel, with the ice kingdom and the magic displayed throughout the film which definitely wows you. There is a mixture of everything in this film: action, adventure, romance, humour and mystery.


Chris Hemsworth is great as the Huntsman, but what gave the film its brilliance was Emily Blunt‘s performance as the Ice Queen.

This is definitely an all-around enjoyable film with magic that will enchant you.

Khardine Gray writes fun, romantic fiction and is currently working on her second novel due to be published by the end of the year. She loves any film done by Marvel and all super hero films. She also loves thrillers, films with fast cars and action films. In her spare time when she isn't writing you can find her taking full advantage of an ice rink, or any ballet class she can find. Or, simply shopping and enjoying a good pizza.
NEWER POSTCAPTAIN AMERICA: CIVIL WAR – Which Side Will You Choose?
OLDER POSTBATMAN VS SUPERMAN: DAWN OF JUSTICE – “This will blow you away…”