So we wave goodbye to our Essex chums until the autumn, and I would like to say what a series it’s been, but it hasn’t. The whole thing has been like damp squib, with the biggest collection of non-stories ever. For me, the worst was the argument between Grace, Georgia and Fran. No one cares about these girls. Grace is a really bad actress and there is nothing in their chemistry to indicate they were friends before joining the cast of ‘TOWIE‘.

Next we have the most contrived romance in the history of ‘TOWIE‘ – Lewis Bloor and Lauren Pope. I’m not sure what Lauren has on the producers of the show, but rather than ease her out on account of her being boring (I’m with Danni here), they find storylines for her. Now we have her friendship with Vas and her relationship with Lewis. Second, and I know this is going to be controversial, is Lydia and Arg. I think Lydia was lured back to the show with the promise of a big wad of money and in return she had to pretend to find Arg attractive again. You only have to witness Arg trying to contain his laughter when they are having a ‘heart to heart’ that proves it’s all a sham.

The biggest disappointment to me was that we didn’t get to witness the argument between Carol Wright and Leah Wright in Spain, at the wedding. We just got allusions that it was somehow related to Arg calling Carol a ‘pushy mother’ (truth hurts?) and none of it was captured on camera. What a shame, it would have been more interesting than the rest of the series put together.

Predictions for the next series;

Charlie and Ferne will argue and fall out about one of them cheating. Whilst wearing ever more elaborate headbands.

Gemma will declare herself fabulous, sexy and gorgeous and then collapse into tears when she sees Arg and Lydia holding hands as part of their fake romance.

Chloe and Elliot will be loved up until she does something to piss the Wrights off, whereby a massive argument will take place in a restaurant/wine bar/fake party.

A Danny Dyer lookalike will be hired to take Gemma on a date, which won’t work out.

Bobby and Harry will be back together.

Michelle Keegan will make a brief appearance at a Wright family get-together. 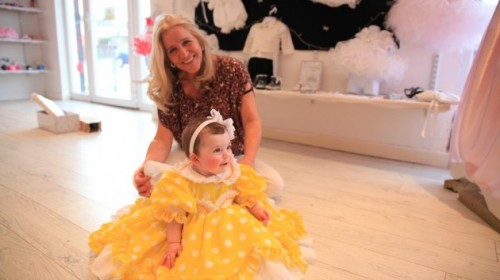 It could be said the babies in this show were the ‘TOWIE‘ stars of the future. This was a rather disturbing little documentary about a collection of young women who treat their daughters as dollies, and spend money they can little afford on ridiculous clothes and accessories which their kids will soon grow out of anyway.

Naturally, one of the mums – Sophie May, was from Essex, and her two daughters Princess and Precious were clearly the apples of her eye, but Sophie’s way of proving this was by dressing them up in pink and taffeta and bling and sparkles and giving them spray tans and hair extensions. Sophie May is a single mum and it is a mystery how she can afford to spend so much money on her kids. Indeed none of the young women featured in this show appeared to be rolling in money and yet they saw it as a sign of love if they treated their daughters like miniature Barbies. Lianne from Portsmouth went one further and entered her kids Bessie and Scarlett into pageants, where Scarlett threw a tantrum and was then coerced into wearing a ‘Hooters’ outfit and dancing provocatively. Lianne claims that the pageants are not pandering to paedophiles because they are ticketed events. It’s not like paedos can buy tickets is it?

The most disturbing thing about this to me was that it was teaching little girls that all that mattered was what they looked like. I just know that if Snog Marry Avoid is on in eighteen years time, we’ll see baby Hallie May – whose mother Sammy appears to have lost her braincells somewhere between her home and Primark – as one of those orange-skinned girls who are dressed like streetwalkers and proclaim that they live in Barbie world.

I watched this hoping that the girls all grow up and rebel and rip up their frilly frocks and tell their mothers they want to be bricklayers. I also find it sad that these young women feel they have to look to people like Beyonce or the Kardashians as role models as to how to be good mothers. Surely there are people closer to home who live more normal lives that they could look to? 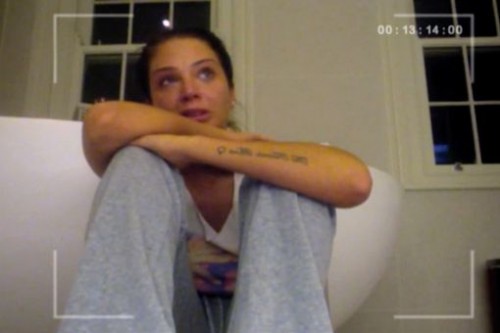 This programme left me feeling as confused at the end as I did in the beginning. Tulisa Contostavlos is certainly a complex character. In one week she’s acquitted of conspiring to supply drugs and yet she was convicted of walloping Vas J Morgan (which she denies). Similarly, in one programme, I felt incredibly sorry for her when she was sobbing and suicidal when she faced charges for the drugs offence, but then I felt she was incredibly stupid for being taken in by the ‘fake Sheikh’ – The Sun on Sunday’s Mazher Mahmood and flown to Vegas and offered a role in a film starring Leonard Di Caprio. Really? According to Tulisa, this was where she was taped ‘in character’ setting up a drugs deal. I won’t get into the details of it all because Mahmood has been accused of perjury and the case thrown out of court. But I will say that I think Tulisa’s whole career has been based on contradictions. Underneath the tough girl image is a young woman who spent a large part of her childhood caring for her sick mother, and yet she has built a tough shell around herself and given herself this image as The Female Boss and at times she plays up to this, and at others she becomes that vulnerable girl again. Proof of this was when the case was thrown out and Tulisa was in the car, on the phone to her mother and sobbing like a child. Maybe that’s why I should be a bit more understanding of her being taken in by the journalist. Underneath the bravado, she is only a young woman and we all make mistakes.

But on saying this, by the end of the programme, I still didn’t feel as though I knew the real Tulisa any more than I did before it began. That is because I think she doesn’t know herself yet. I just hope she learns from this horrible episode and moves on. Unfortunately we live in a society where there is no smoke without fire, and acquitted or not, there are always going to be people who doubt her.

Karen Mason is a London-based writer. She has published fifteen historical fiction novels and is currently working on her sixteenth. She is also an avid movie goer, with a particular preference for gritty British cinema and a weakness for Jason Statham films! Her music tastes stretch from Muse to the Cinematic Orchestra and she loves discovering new acts.
NEWER POSTTHAT WAS THE BOX – August 2014 (Week One)
OLDER POSTTHAT WAS THE BOX – July 2014 (Week Four)