HOW I MET YOUR MOTHER Season Nine Will Be The Last! 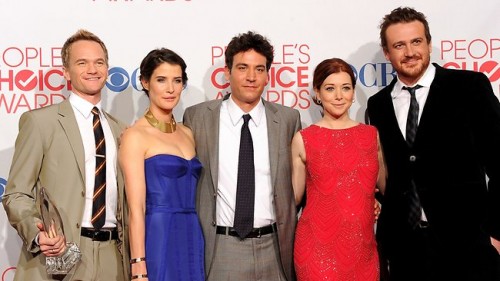 It appears that the main question of how Ted Mosby (played by Josh Radnor) met his children’s mother may be finally put to rest, as the hit U.S. TV series ‘How I Met Your Mother‘ will return for a ninth and final season – according to Deadline!

The new series will be 24 episodes long, and the much-loved regulars (Josh Radnor, Jason Segel, Cobie Smulders, Neil Patrick Harris and Alyson Hannigan) will be back, along with creators Carter Bays and Craig Thomas.

If it were not for Segel there may not have been a ninth season to rejoice over, as last-minute negotiations meant that the actors could commit to filming the show, whilst allowing them to pursue movie careers.

“Carter Bays and Craig Thomas are masterful and hilarious storytellers, and we have no doubt that they will guide one of the greatest comedies of the last decade to a gratifying conclusion when they finally reveal the identity of the mother.”

Any guesses as to who the mother could be?

Ed is an entertainment news writer, and founder of TOMORROW'S NEWS. He always keeps a watchful eye on who and what's trending in the entertainment world. His articles focus on tomorrow's news today, including celebrity news, film news, music news and so much more!
NEWER POSTWILL GLUCK Directing ANNIE Remake!
OLDER POSTWIN: Limited Edition ‘SKYFALL’ Steelbook And ‘EVERYTHING OR NOTHING’ DVD!