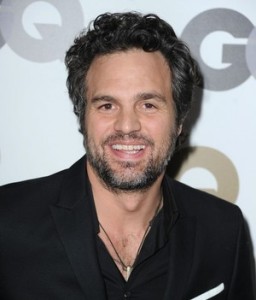 Mark Ruffalo is set to star as jazz pianist Joe Albany in a new independent movie, from a script written by Albany‘s daughter!


The ‘Kids Are Alright‘ star will exec produce and star in ‘Low Down‘, which follows the Albany‘s life and relationship with his 11-year-old daughter Amy.

The movie will be told from Amy‘s point of view as she witnesses her father’s rise to success and subsequent descent into heroin addiction. The search has begun for a young actress to take on the role.

Amy – whose father died in 1988 aged 63 – has written the script with Topper Lilien, based on her memoir of the same name. Jeff Preiss will be making his directorial debut on the project, with Albert Berget and Rob Yerxa serving as producers alongside Mindy Goldberg.

Production on the movie is set to begin later this year, and as yet there is no indication of a there is no release date.


Ruffalo can next be seen in ‘Sympathy for Delicious‘, which is scheduled for release next month, before he begins work on Marvel blockbuster ‘The Avengers‘ as the Incredible Hulk.

Ed is an entertainment news writer, and founder of TOMORROW'S NEWS. He always keeps a watchful eye on who and what's trending in the entertainment world. His articles focus on tomorrow's news today, including celebrity news, film news, music news and so much more!
NEWER POSTROBERT DUVALL Joins HBO’s ‘Hemingway’ Movie!
OLDER POSTBON JOVI Blames APPLE For “Killing” The Music Industry!