THE HOBBIT: THE DESOLATION OF SMAUG – Trailer #2! 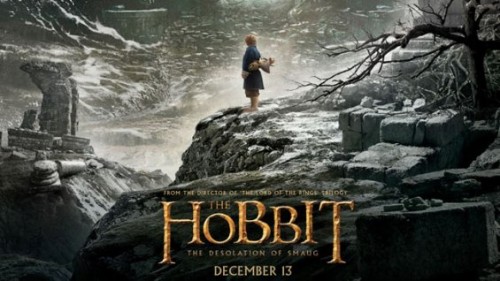 Warner Bros. is once again wetting our appetites with a trailer of an upcoming HOBBIT movie! This time, it’s the second movie in a trilogy of ‘LORD OF THE RINGS‘ prequels, titled ‘The Hobbit: The Desolation Of Smaug‘, and is due out in the U.S. and UK on the 13th December, 2013.

Following on from Peter Jackson‘s ‘The Hobbit: An Unexpected Journey‘, this movie sees Martin Freeman returning as Bilbo Baggins, along with Ian McKellen as Gandalf and Cate Blanchett as Galadriel. Orlando Bloom also makes a return as Legolas, alongside Evangeline Lilly as Tauriel and Benedict Cumberbatch voices the titular dragon.

Ed is an entertainment news writer, and founder of TOMORROW'S NEWS. He always keeps a watchful eye on who and what's trending in the entertainment world. His articles focus on tomorrow's news today, including celebrity news, film news, music news and so much more!
NEWER POST‘RUNNER RUNNER’ – Doesn’t Hit The Jackpot!
OLDER POSTJUSTIN TIMBERLAKE Announces 20/20 Experience UK and European Tour!