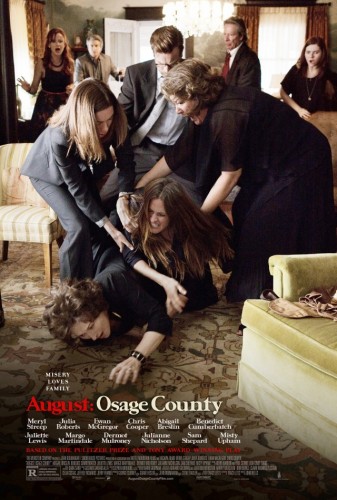 After the disappointment of ‘12 Years a Slave‘ and ‘American Hustle‘, I wasn’t holding out much hope for ‘August: Osage County‘. However, my doubts were entirely unfounded and I think I will be hard pressed to find a better film this year. With an ensemble cast headed by Meryl Streep (honestly is there a better actress on the planet?) I suppose, in hindsight, it would be difficult for it to go wrong.

The story centres around the highly dysfunctional but refreshingly normal Weston family from Oklahoma. The catalyst of the story is when Beverley, the father of the family, dies, and after the funeral a whole can of worms is opened, largely by Violet (Streep) – the cancer suffering, acid tongued matriarch who is vile, judgemental and cruel to her three daughters Barbara, Ivy and Karen. All three girls are very different. Karen (Juliette Lewis) is the kooky airhead dating a sleazy pederast (Dermot Mulroney), Ivy (Julianne Nicholson) is the shy one who has stayed closest to home and bears the brunt of Violet‘s put downs, all the while harbouring the secret that she is dating her cousin Little Charles Aiken (Benedict Cumberbatch), and Barbara (Julia Roberts) the favourite, who clashes horribly with Violet – quite possibly because they are carbon copies of each other. Barbara struggles to keep it a secret that she is separated from her husband Bill (Ewan McGregor) who has accompanied her to the funeral, along with their teenage daughter Jean (Abigail Breslin). But it’s useless trying to keep secrets from Violet. Despite her frequent self medicating, and rambling outbursts, she is sharp as a tack and knows everything that is going on. 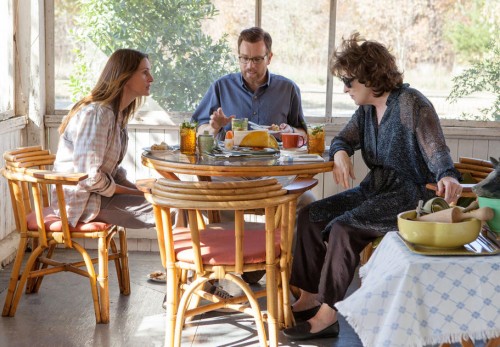 The drama centres takes place in the few days that the family gather for Beverley‘s funeral, and half the fun is watching how long it takes them to go from normal conversation to a shouting match. There is something familiar about the way they all relate to each other. How many people come from one big happy family? But the characters are three-dimensional. Just when you think Violet is the vilest creature in the room, she will give you a glimpse of the horrific childhood endured by her and her sister Mattie Fae (Margo Martindale), which partially explains why they are how they are. 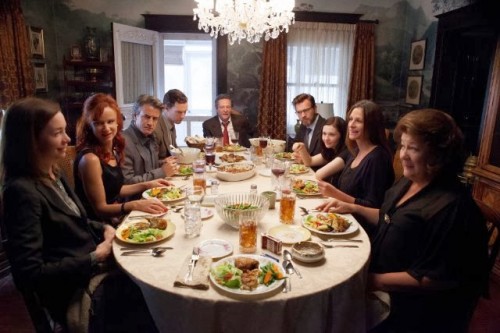 What’s right with it?

It’s an intelligent, grown-up film. There’s no waiting for the drama to start and there are twists and turns that will have you gasping. Streep and Roberts rise above the rest of the cast like two mammoths of acting and you cannot take your eyes off them. Oh and for any Cumberbabes, I will just say – wait for the song!

What’s wrong with it?

If you like films with strong male leads and lots of action this isn’t for you. This is very much a woman’s film. Also, because it started as a play, and the screenplay was written by the playwright (Tracy Letts), you don’t get a variety of locations and it’s quite ‘wordy’.

If you like the thought of watching a dramatic soap opera with Oscar-winning actors, that will keep you on the edge of your seat as you try to guess what will happen next, I cannot recommend it enough.

Karen Mason is a London-based writer. She has published fifteen historical fiction novels and is currently working on her sixteenth. She is also an avid movie goer, with a particular preference for gritty British cinema and a weakness for Jason Statham films! Her music tastes stretch from Muse to the Cinematic Orchestra and she loves discovering new acts.
NEWER POSTTHAT WAS THE BOX – January 2014 (Week Four)
OLDER POSTMURDER, SHE WROTE Reboot Has Been Cancelled – For Now!