Will this movie cast a shadow over the 1967 Disney classic?

‘The Jungle Book‘ first won our hearts in 1967. It’s just one of those Disney classics we all fell in love with at first sight. You had to, with the delightful, adventurous characters and the incredible, heart warming songs that would go down in history for all generations to adore.


This film was one of the greatest animated musicals Disney has ever made and claims its rightful fame alongside other classic greats like ‘Lady and the Tramp‘, ‘Peter Pan‘, ‘Cinderella‘, ‘The Little Mermaid‘ – the lists goes on.

And, this remake of ‘The Jungle Book‘ brought to us by Jon Favreau is …truly fantastic in every way, and magnificently enjoyable. This extraordinary film, like the original, has earned its place right up there with all the great Disney films. 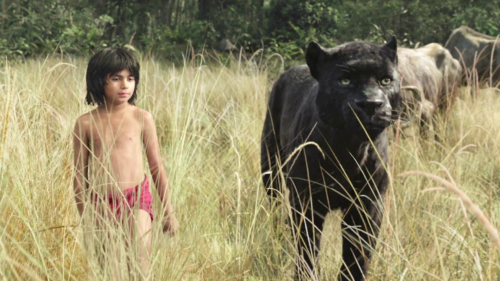 It follows the original story where Mowgli, who was raised in the jungle by a family of wolves is told he must leave after the evil Shere Khan finds out about him. Mowgli encounters many things on his journey and learns valuable lessons of life.


Talented newcomer Neel Sethi who plays Mowgli gives a moving performance and captures the spirit of adventure. Ben Kingsley is the all-knowing and wise panther Bagheera. Idris Elba is the blood thirsty, malicious tiger Shere Khan who strikes fear into your heart with just one growl. Scarlett Johansson is the seductive snake Kaa. Christopher Walken voices the knowledge seeking, fire crazy King Louie. Most enjoyable and amusing is Bill Murray who gives an outstanding vocal performance as the loveable Baloo, who chills out while he teaches Mowgli about the bare necessities of life. All amazing actors who were able to bring us the magic this wonderful film intended to create. 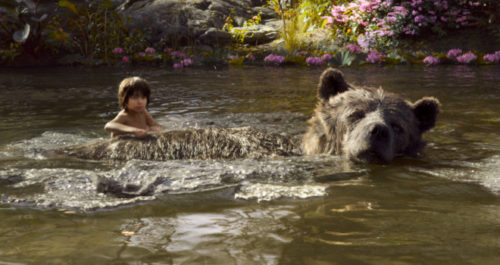 While the film is not a musical like the original and we don’t get to hear the two famous songs we all think of when this film enters our minds – The Bare Necessities and I Wanna Be Like You – we can accept it for the brilliant storyline the film gives us.


Right from the start we are immersed into the vast expanse of beauty from the lush visually stimulating landscape that takes you into the film. It can only be comparable to the wow moments you got when you watched a film like ‘Avatar‘. 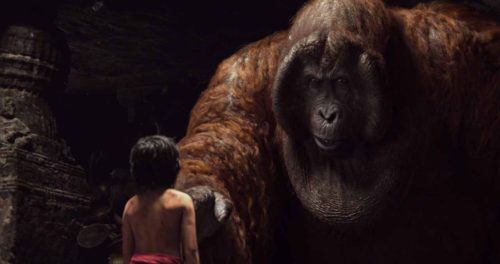 It’s a beautiful looking film that makes use of digital creativity in a sophisticated way to revive the original story and take it up a notch making your experience realistic. It even feels real and normal when the animals talk.


This film is definitely true to the classic Disney enchantment and warm feeling you get, that can engage you for hours and forever.

So rest at ease, forget about your worries and your strife and watch this film. You definitely won’t be disappointed. This is a film you’ll want to watch again and again.

Khardine Gray writes fun, romantic fiction and is currently working on her second novel due to be published by the end of the year. She loves any film done by Marvel and all super hero films. She also loves thrillers, films with fast cars and action films. In her spare time when she isn't writing you can find her taking full advantage of an ice rink, or any ballet class she can find. Or, simply shopping and enjoying a good pizza.
NEWER POSTZOOTROPOLIS – “An Animated Movie With Substance”
OLDER POSTCAPTAIN AMERICA: CIVIL WAR – Which Side Will You Choose?