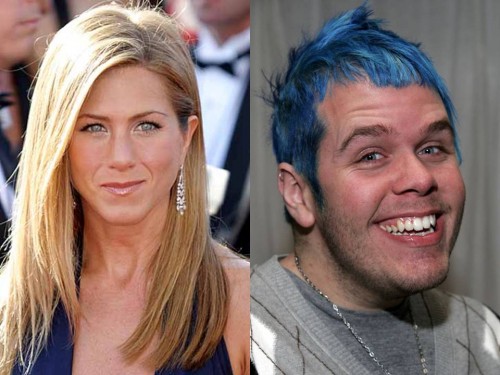 Jennifer Aniston has apparently convinced celebrity blogger Perez Hilton to tone down his “mean” comments after confronting him during a chance meeting at a petrol station.


The showbiz writer vowed to stop taking aim at particular celebrities on his infamous website after a spate of teenagers committed suicide across America last year as a result of high school bullying.

Hilton appeared on the Ellen DeGeneres show and promised to stop posting jibes at stars, and Aniston reveals it was her stand-off with the blogger which prompted him to change.

“I ran into Perez Hilton in a garage. One of those moments you just never expect to happen. I had finished dinner with a girlfriend and we were driving out and I saw this tall, long, lean person and I say, ‘Who is that?’ And she says, ‘I think that’s Perez Hilton.’ I said, ‘No. I have to say something to him. I have to.’

“So I pulled up and we were sort of scoping each other out as I was pulling the car up. I just rolled down the window and I was like, ‘Hi.’ And he went, ‘Hi.’ We stood there like two deer in headlights. And I just said, ‘Come here. Just talk to me for a second.’

“It was one of those great moments. It was a lovely meeting and I was just like, ‘Why are you so mean?’

“There’s something really great about putting a human being in front of another human being and then the reality that those words, even if it’s for humour or effect or whatever, there’s a human being behind all of that… And he’s kept it up too which is good… I say good for him and keep it up.”


Good on her for managing to tame the beast!

Ed is an entertainment news writer, and founder of TOMORROW'S NEWS. He always keeps a watchful eye on who and what's trending in the entertainment world. His articles focus on tomorrow's news today, including celebrity news, film news, music news and so much more!
NEWER POSTLynch To Write Her Memoirs!
OLDER POSTADELE Grateful To ANNA WINTOUR For Style Makeover.