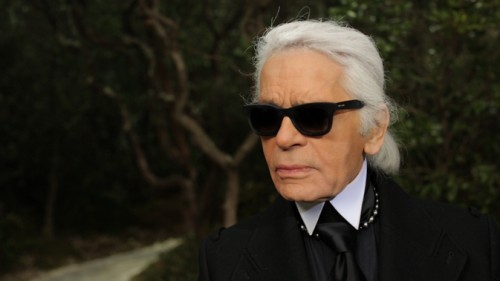 Chanel creative director Karl Lagerfeld has defended his comments about Adele‘s weight, in when he previously called her “a little too fat” but insisted she needed to lose weight because she was ”a little roundish”!


Largerfeld claims this was taken out of context, and speaking on CNN‘s ‘Fashion: Backstage Pass‘, he said:

Following his apparently over-critical comments last year, Adele insisted she had never aspired to be stick-thin.

“I’d lose weight if I was an actress and had to play a role where you’re supposed to be 40 pounds lighter, but weight has nothing to do with my career.

“Even when I was signing [a contract], most of the industry knew if anyone ever dared say [lose weight] to me, they wouldn’t be working with me.”

Good on you, ADELE!

Ed is an entertainment news writer, and founder of TOMORROW'S NEWS. He always keeps a watchful eye on who and what's trending in the entertainment world. His articles focus on tomorrow's news today, including celebrity news, film news, music news and so much more!
NEWER POSTTHE SOPRANOS Named Best Written TV Show EVER!
OLDER POSTWIN: LINCOLN DVD & ‘TEAM OF RIVALS’ BOOK!