PHANTOM OF THE OPERA Stage Show To Broadcast In Cinemas! 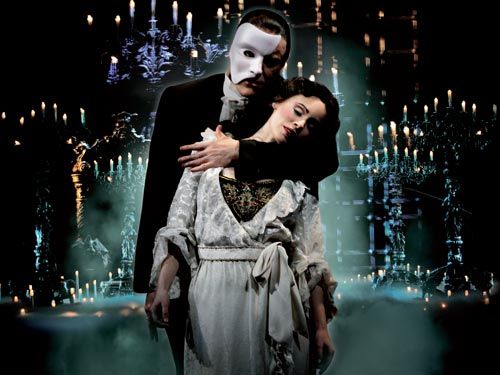 Andrew Lloyd Webber‘s ‘The Phantom of the Opera‘ will be heading back to the big screen next month, but not the 2004 adaptation that was directed by Joel Schumacher and starred Gerard Butler in the title role!

In an attempt to revive the magic of the original live show (which was apparently lost in the movie adaptation, which received mostly negative reviews), Lloyd Webber and his producing partner Cameron Mackintosh are restaging the production with an extended cast in London’s Royal Albert Hall and broadcasting it to cinemas in the U.S., the U.K., Europe, Japan, and Australia.

The production will be presented live on Sunday 2nd October, 2011 and 2:00 p.m. Eastern Time (7:00pm GMT), followed by recorded showings on the 5th, 6th, and 11th October, 2011. Cinema screenings will be linked by NCM Fathom‘s Digital Broadcast Network.

Ed is an entertainment news writer, and founder of TOMORROW'S NEWS. He always keeps a watchful eye on who and what's trending in the entertainment world. His articles focus on tomorrow's news today, including celebrity news, film news, music news and so much more!
NEWER POSTShared Treat – *2 For 1 On ODEON IMAX TICKETS!*
OLDER POSTRICHARD AYOADE Joins New BEN STILLER Comedy!