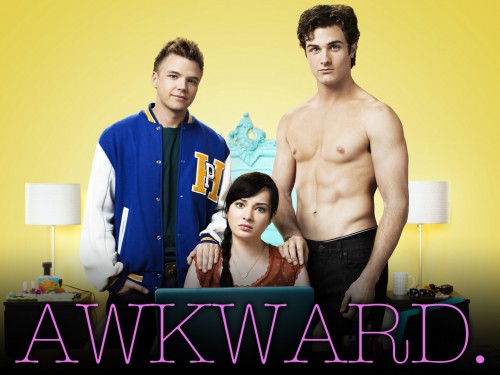 If you’ve been screaming at your television like I have, then you’ll know that this season has definitely been worth the sore throat! Jenna (played by Ashley Rickards) finally has everything she wants. Matty (Beau Mirchoff), her two best friends Tamara (Jillian Rose Reed), Ming (Jessica Lu) – who is now the head of the Asian Mafia, and, although in previous episodes it has proven to be uncomfortable, Jake (Brett Davern), who now dates Tamara. What more could a girl want?

Enter Collin (played by Nolan Funk), the hot, tanned guy that sits next to her in Creative Writing class. After having coffee with Collin at their compulsory Open Mic reading, Jenna starts to fantasise about what it would be like to be with him – minus his girlfriend Angelique of course. Disregarding Matty completely, the guy she has “loved” for two seasons, Jenna recklessly writes a graded paper about the fantasy for Collin (something which I think – or hope – will stir up trouble in the final two episodes) and gets an A. Matty mistakenly thinks it is about him, and tries to create the fantasy for her. Cue the ‘awww’.

By episode 10, we’re gripping our seats as we find out that Matty was in fact embarrassed of Jenna – he tells her she stared at him from a distance for ages, telling him nothing about how she felt, which is entirely true – so Jenna decides to go to a party Collin is throwing by herself. It is then revealed that Collin has broken up with Angelique. Can you guess what happens next? 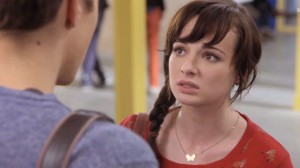 At the end of the episode, there is a tense moment where Jenna kisses Collin impulsively. The writers time it to give you the best possible chance of a heart attack, as we think that Matty will finally catch Jenna in the act and see her kissing Collin in his car…

But he doesn’t. A car speeds off and Jenna appears as though nothing has happened. The episode ends with a tempting ‘To be continued…’ and I personally cannot wait for the next instalment.

Season 3 brings more laughs and uncomfortable moments, and Rickards continues to play the pining teen with great conviction, having us completely gripped and shouting at the television for her to come to her senses. Mirchoff stays the hunk of the series; Funk doesn’t come near him in my book. Team Matty!

NEWER POSTDO I WANNA KNOW? – New Single By The ARCTIC MONKEYS!
OLDER POSTDESPICABLE ME 2 – A follow up of Outrageously Funny Frolics!