DO I WANNA KNOW? – New Single By The ARCTIC MONKEYS! 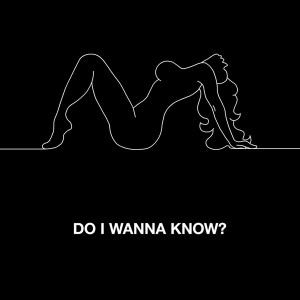 Those excitable young lads singing of Sheffield nights out seem like they inhabited a completely different orbit to the new Arctic Monkeys. If ‘I Bet You Look Good on the Dancefloor’ was the cocky, inexperienced young brother, ‘RU Mine’ was the older brother who’s managed to actually touch a girl and ‘Do I Wanna Know’ is the sleazy cousin who has done it all. The Arctics have been hanging around with Josh Homme and his influence is clear.

The song sounds like a more subdued moment from a Queens of the Stone Age album. Some critics have said that Alex Turner has toned down his accent to appeal to the American market, but I think it’s more that he has lived in the US for some time, and the production values are different, emphasising different parts of his voice. Listen carefully and the Sheffield is still there!

Rumour also has it that ‘Do I Wanna Know’ is about Turner’s relationship with Alexa Chung, and while I am not going to speculate, the mood of the track does remind me somewhat of Beetlebum by Blur, which was famously about Justine Frischmann, Damon Alban’s ex. It’s never going to played because of its upbeat, happy message, but it is an intelligent, mature record and it’s pleasing to hear that as the Arctics are growing up, so is their music.

They experienced such phenomenal success with their previous, more light-hearted work and it would be easy for them to stick to a formula; but they show they are willing to take risks, and I look forward to seeing how they develop.

Karen Mason is a London-based writer. She has published fifteen historical fiction novels and is currently working on her sixteenth. She is also an avid movie goer, with a particular preference for gritty British cinema and a weakness for Jason Statham films! Her music tastes stretch from Muse to the Cinematic Orchestra and she loves discovering new acts.
NEWER POSTA HAUNTED HOUSE – One Parody Too Many?
OLDER POSTAWKWARD (SEASON 3) – Review