CHANNEL 4’s ‘BLACKOUT’ Is An Eye-Opener! 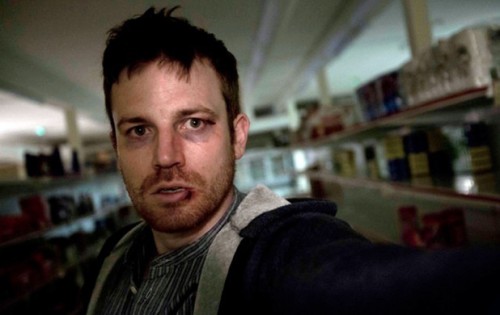 I am sure that anyone who has a fascination with post-apocalyptic style movies or TV shows saw ‘Blackout‘ on Channel 4 this past Monday at 9pm.

Although not exactly based on a post-apocalyptic event, ‘Blackout‘ is a nail-biting, thriller docu-drama, which shows what state the country could face should there be a cyber attack on the national power grid.

Through the use of real footage filmed by UK citizens in previous blackout’s and fictional scenes, ‘Blackout‘ answers the question ‘What if?..’ – should there ever be a cyber attack on the National Power Grid and the reaction of the people living throughout the country.

What struck me the most while watching ‘Blackout‘ was the amount of people, up and down the country, who were reliant on the Government when such a crisis occurs. I am not sure whether it is the constant drivel being fed through the TV or the biased reporting of the Government in the news, but ‘Blackout‘ was a huge revelation about the vast amounts of people who presume the Government are the people to rely on in an event like this.

Filmed in a structure reminiscent of ‘Cloverfield‘, ‘Blackout‘ was a fascinating and thrilling journey through 7 days of no power and follows characters of different backgrounds as they join forces to support each other, or completely the opposite, when a few tins of beans remaining on a supermarket shelf turns in to a fight for survival.

The programme featured perspectives of different backgrounds and scenarios, which made the programme relevant for a wider audience. Characters were portrayed in one light and then aspects were later revealed in another. These included a self-sufficient man and his family, who later responds to violence in a fight for his life and a man, who had recently been released from jail under house arrest. The audience immediately involuntarily jump to conclusions about him and presume that he is going to take advantage of the situation, however this is later proved to not be the case.

The purpose of this documentary could have more than one intention. The first being to raise awareness about how reliant people are on others, instead of being self-sufficient, the second being to help promote the war on terror, or to show how people immediately jump to conclusions because of the way scenarios like this are in real life.

Either way, ‘Blackout‘ was a brilliant, eye-opening docu-drama that is well worth a watch, especially if you are interested in things that go bump in the night.

Channel 4 have done it again!

NEWER POSTGOTHAM: The Origins Of COMMISSIONER GORDON Picked By FOX TV!
OLDER POSTRUSH – I Feel The Need, The Need For Speed!