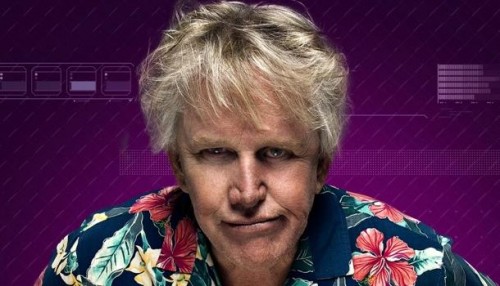 Just when I thought my jaw couldn’t drop any lower, following Helen Wood’s shock win in the ‘civilian’ edition of ‘Big Brother‘ (I am one of the few who thought she was okay), here comes ‘Celebrity Big Brother‘ and the inclusion of Gary Busey. In all honesty, the only film I can recall seeing Busey in is ‘Point Break‘, and I spent most of my time watching that film, drooling over Keanu Reeves, so Busey got a bit sidelined for me. I never realised he had a near fatal accident or drink and drug problems, and so I was really shocked when the BB bods decided to invite him into the house of fun for four weeks. The man has mental health problems and is severely hard of hearing, and whilst this does not excuse his rather arrogant and sometimes aggressive attitude, it was obvious that problems were going to occur. Do they really still do psychological tests on potential housemates? Judging by Gary it would seem not.

As for the other housemates, they are the usual Z-listers, lots of people I have genuinely never heard of. White Dee from ‘Benefits Street‘ seems as warm and friendly as she was on the Channel Four show. Whatever her lifestyle, there is no doubt that she was the rock of that street, with people like Funghi feeling she was the only person they could turn to. Her role within the house is quite similar and she took her task of pretending to be a duchess in good humour and threw herself into it. The task was slightly xenophobic – assuming Americans are so stupid they can’t tell genuine class, but it appeared to work.

We have the obligatory structured reality show stars, like Lauren Goodger, Ricci Guarnaccio from ‘Geordie Shore‘ and Stephanie Pratt from ‘The Hills‘. Lauren and Ricci appear to be planning a showmance in order to gain headlines and Stephanie is surprisingly much nicer than her horrid brother Spencer.

Who the eff is Frenchey Morgan? Seriously. Who is she?

Beefcake comes in the form of boxer Audley Harrison and David Mackintosh, who is best known as Kelly Brook’s boyfriend. David was so hyper when he came into the house I was positive that he’d had a little – ahem – help to stay perky. He has the most horrible body I’ve seen in a long time. Muscles are fine but he looks like Popeye. And most of his brain power seems to have slipped down to his biceps too.

The older ladies are made up by Claire King – formerly superbitch Kim Tate in ‘Emmerdale‘, who seems funny and up for a laugh and at the moment is getting on with everyone. There is also Kellie Maloney, formerly known as boxing promoter Frank Maloney. Kellie seems very sweet, but she talks about herself rather a lot which could become wearing for the other housemates but what he is doing is very brave.

The wallpaper this year is Edele Lynch from B*witched, and George somebody from ‘Gogglebox‘. I literally forget the pair of them are in the house.

Most patronising housemate has to be ex-strictly star James Jordan who talks to anyone over the age of fifty as though they have some sort of cognitive processing problem. He is exactly how he was on ‘Strictly‘, but I still think he was right to stand up to Gary and try to point out the effect his behaviour was having on everyone.

For me the most entertaining housemate is Leslie Jordan. I had never heard of him prior to ‘CBB‘, but apparently he was in ‘Will and Grace‘. He is little and camp and has a terrible temper and the most amusing Southern American accent I’ve ever heard. It’s hard to take anything he says seriously because of the way he speaks. He could give Helen a run for her money in the bitch stakes and I hope the public keep him in as long as possible as I think he could be the thing to make this series really interesting – especially his relationship with sparring partner Gary. 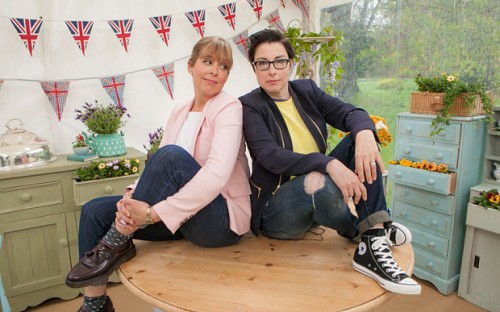 So it was bread week this week, and the show started with our contestants having to use rye in order to make some buns. Apparently rye is quite difficult to work with and so this was of course chosen to make everyone’s life difficult. Some people succeeded against the odds. Louis made parsnip dough, which sounded horrendous but apparently was very nice, and I have to admit that while they were baking, I found myself wishing I had smell-o-vision.

It’s still early days but sweet little Martha is emerging as my favourite contestant. She’s only seventeen and yet she doesn’t crumble (excuse the pun) and let herself be intimidated by contestants who are much older and more experienced than her. My least favourite is Diana who comes across as someone who probably hides behind net curtains and knows the goings on of everyone down her street!

On the technical test, they got off lightly this week and had to make Paul’s ciabatta, so they weren’t under the close scrutiny of Aunty Mary, who won’t accept a cherry in the wrong place. I never realised raw ciabatta dough looks like tripe and eating it will not be the same for me again.

For the showstopper, Jordan (who still looks as though he needs a wash) made a brioche with strawberries and cream cheese, which, if cooked properly sounds delicious. I’m getting a bit bored with Chetna putting an Indian twist on everything she does, and Norman just plays it safe all the time. Louis was voted the star baker and Jordan was voted off. I’m surprised he’s lasted as long as he has. 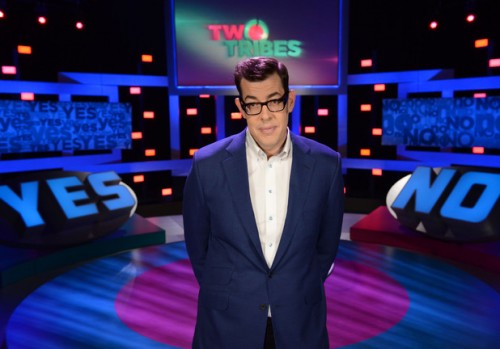 I am currently a poorly bunny and off sick from work, so I can sample the joys of daytime quiz shows on a regular basis. In an afternoon we have ‘Perfection‘, ‘Countdown‘, ‘Deal or No Deal‘, ‘Gift Wrapped‘ and now ‘Two Tribes‘, the latest offering from BBC2, hosted by Alexander Armstrong’s ‘Pointless’ friend Richard Osman. In this show (which is still easier to understand than the ‘21st Question‘ which was on last week and hosted by Gethin Jones), six contestants are grouped together by common interests to make two tribes, and they are whittled down until it reaches a final two. It sounds rather contrived and a bit dull, but Richard is an irreverent and funny host, and I really enjoyed it. I certainly preferred it to ‘Gift Wrapped‘ and the contestant who are smug marrieds to be!

I could quite see ‘Two Tribes‘ becoming one of those shows that take off in a big way and end up on BBC1. It would certainly be more interesting than ‘Tumble‘!

Karen Mason is a London-based writer. She has published fifteen historical fiction novels and is currently working on her sixteenth. She is also an avid movie goer, with a particular preference for gritty British cinema and a weakness for Jason Statham films! Her music tastes stretch from Muse to the Cinematic Orchestra and she loves discovering new acts.
NEWER POSTTHAT WAS THE BOX – August 2014 (Week Four)
OLDER POSTTHAT WAS THE BOX – August 2014 (Week One)