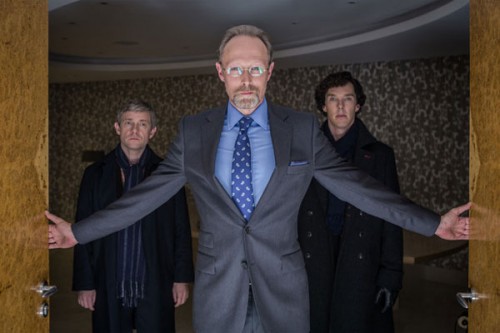 So in the blink of an eye, another series of ‘Sherlock‘ is over. And what a controversial one it has been? People have accused it of jumping the shark, deviating too far from the original canon, making Sherlock too human blah de blah de blah. It’s the 21st Century folks! For a start, the sort of detection 19th Century Sherlock did is now pretty much standard practice for the police. So it’s quite likely someone with Sherlie’s brain would be recruited by the Secret Service to work for them.

‘His Last Vow‘ was a long way from the playfulness of ‘The Sign of Three‘, and the revelation about one of the main characters wasn’t exactly a revelation, as everyone on Twitter etc had guessed it anyway. We were however introduced to one of the creepiest villains I’ve seen on TV for a while. Charles Augustus Magnussen. A man with a brain to match Sherlock’s and an evil streak that made him far more scary than Moriarty (speaking of which…..no, I won’t give it away for those who haven’t watched it). The whole episode was rather uncomfortable to watch, and that started with discovering that Sherlock had taken drugs, through to him having a girlfriend. I feel quite vilified that in my review of ‘The Empty Hearse‘, I said I felt Sherlock had come out of his two-year exile, a more sexual creature. And lo and behold, we discover the man who was unable to interpret Irene Adler’s invitation to ‘dinner’ was now willing to use his sexuality to get his own way (and not in the way most men do!). Also interesting is that we discover Sherlock has a ‘porn preference’. Clearly not asexual at all! Although it’s quite difficult to imagine Sherlock watching porn (well actually…no, stop it Karen), surely he would be too busy analysing every fake moan and deducing that they weren’t really enjoying it!

Apparently Moffat and Gattis are going to try to rush out an episode for Christmas this year. I hope that it’s true and I hope the quality doesn’t suffer because of this. But I’m still a teensy weensy bit excited about it! 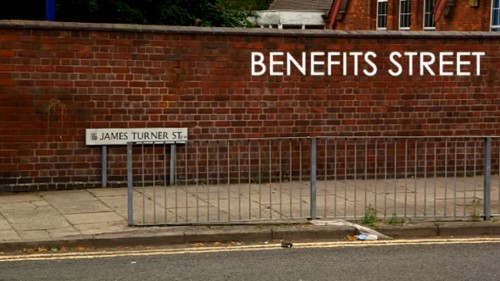 In what is rapidly turning out to be Britain’s other most controversial programme, we return to the residents of James Turner Street in Birmingham, which is one of the area’s most deprived streets, with 90% of residents on benefits of some kind. I can understand why the residents feel they are being badly represented, but one thing that does come across well is the sense of community. James Turner Street seems to belong to a bygone age when people have their front doors open, and their children play in the street together. Admittedly, the doors are probably open because they’ve got nothing to steal, but part of me envies them their friendships and neighbourliness.

This week’s episode concentrated on the issue of immigration, and the street’s more middle-class residents trying to encourage the likes of White Dee and Black Dee and Fungi take some pride in their neighbourhood and enter them for Britain in Bloom. The thought of putting hanging baskets outside their houses seemed like an anathema to the residents of James Turner Street, they prefer bags of rubbish and children’s toys.

The immigration issue was interesting. To the majority of people watching the show, these people who take drugs, cheat the state, rob and boast about it, are pretty much the lowest of the low. But when a gypsy encampment sets up, they get up in arms, calling the gypsies “scum”. It’s almost like the mice not wanting to socialise with the rats! Understandably, the residents are angry when a Romanian family move in, who make their living by finding scrap metal, and that involves ripping open the bin bags and leaving the rubbish strewn all over the road. The council will not collect strewn rubbish and it ends up accumulating in a disgusting heap in the middle of the road. Thankfully the Britain in Bloom competition appears to be enough to prompt the council into clearing up. At the same time, the Romanian family move out and fourteen impossibly handsome Romanian men move in to a two bedroom house! Honestly, at least half of these men could have been male models, and I wondered how they could remain so clean and healthy looking whilst working for slave wages. In all seriousness, they had been trafficked into the country, and they were being exploited and ended up having to go on the run from the men who had bought them.

I’m going to stick with ‘Benefits Street‘. Maybe it’s exploitative, but in the same way as ‘The Jeremy Kyle Show‘. We’ve got to accept that these people exist and surely television is a democratic medium and doesn’t everyone deserve representation? 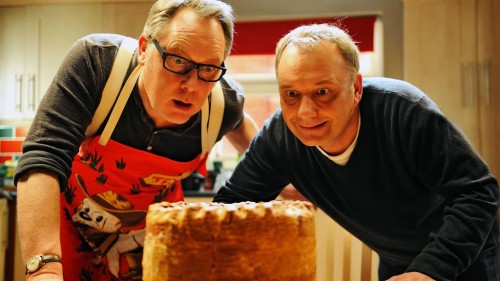 After the inexplicable axing of ‘Shooting Stars‘, the Beeb have given Vic and Bob their own sitcom. What can I say? It’s a 1970s domestic sitcom populated with the most surreal and fantastic characters. The premise is that straight(ish) man Bob lives in a house with his Norwegian son Erik and his best friend Vic. Their best friend is Beef, played by the wonderful Matt Berry in full lounge lizard mode and Julie, the sex mad predator who looks like she has come out of ‘Valley of the Dolls‘, played by Morgana Robinson. Dan Skinner (Angelos Epithemiou) came in towards the end as Vic’s brother Bosh.

The episode centred around Bob trying to arrange his date, watching ‘Conan the Barbarian‘ with his Sandi Toksvig look-a-like girlfriend, but everything that could go wrong, does. Interestingly, the end credits are straight from Miranda and the golden days of comedy, and right at the end we see the set a-la ‘Mrs Brown’s Boys‘.

The show was zany, weird, out there and very funny. I suspect it is an acquired taste and probably appeals mainly to those of us in the 35-45 age group, to whom Reeves and Mortimer were a staple of our student years. But compared to some of the dross we’ve been subjected to comedy-wise, there are certainly worst things you could watch. 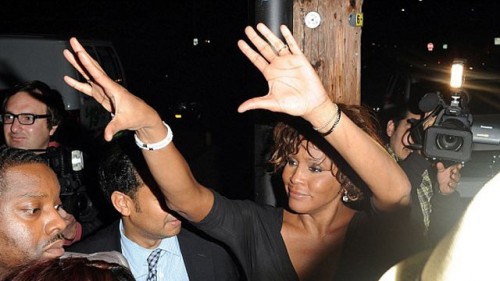 Never ones to shy away from the salacious, and some might say exploitative end of television programming, Channel 5’s latest offering is ‘Autopsy : The Last Hours of…‘. where the death of a famous person is investigated using the official autopsy report. This week’s subject was Whitney Houston, who tragically died in February 2012. Using dramatic reconstruction with an actress who looked more like Denise from ‘Eastenders‘ in a bad wig than Whitney, we got to see how Whitney spent her last few days before her accidental death in a hotel in Hollywood.

Whilst the programme was interesting (more about what happens to certain chemicals in the body after death than the actual death itself – I am watching ‘Sherlock‘ too much!), it was a bit like telling someone that the sky can sometimes be blue and other times it rains. The world and his wife knew the singer had a terrible drug habit. The autopsy report found that Whitney’s body had been damaged by long-term drug abuse, and whilst she denied ever using crack, she showed evidence of smoking cocaine. She had also taken a lethal combination of prescription drugs and over the counter cough medicine which had rendered her numb enough not to feel herself stepping into a scalding bath. I learnt a term I was not familiar with before “Jacuzzi faint” whereby the heat of water causes the blood vessels to narrow, leading to a drop in blood pressure and then fainting. It appears this is what killed Whitney as opposed to a drugs overdose. She had numbed herself, fainted and drowned. One more fascinating fact was that they examined her vocal chords and there was nothing exceptional about them. It would seem that wonderful voice truly was God-given*.

Whitney’s is a tragic story, and even though we know the average drug dealer has little in the way of moral conscience, the sheer cold way the guy who was her dealer spoke about her was quite shocking. While people choose to take drugs, a little remorse or even pity about a woman, who had the world at her feet but whose life was obviously lacking something, that she ended up taking nearly every drug in the known world and accidentally killing herself, wouldn’t have gone amiss.

*Or whatever you believe.

Karen Mason is a London-based writer. She has published fifteen historical fiction novels and is currently working on her sixteenth. She is also an avid movie goer, with a particular preference for gritty British cinema and a weakness for Jason Statham films! Her music tastes stretch from Muse to the Cinematic Orchestra and she loves discovering new acts.
NEWER POSTJASON ISAACS And PATRICK J. ADAMS Join ROSEMARY’S BABY Miniseries!
OLDER POSTWIN Tickets To See LAWSON & NINA NESBITT In Concert!