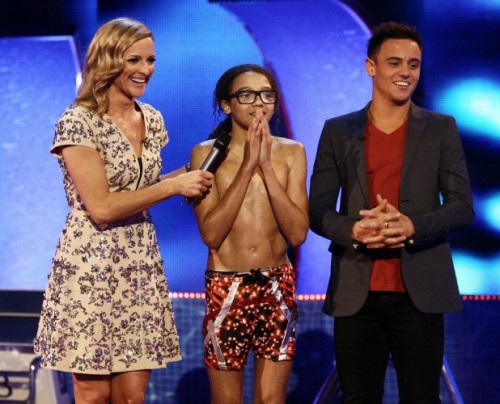 After weeks of watching TV personalities attempt to dive gracefully from reasonable height, there could only be one winner of ‘SPLASH! 2014‘ competition – and that was Perri Kiely.

The Diversity star beat Paralympian Richard Whitehead, but even a close second is a respectable place is worth a pat on the back, as both Kiely and Whitehead were by far the strongest contenders in the final.

Taking on one of the toughest dives yet, Kiely decided to start with a forward two and a half somersault, and tuck. After completing the move almost flawlessly, the judges awarded him a well-deserved ten from each of them. It was clear from the start that he was destined to win.

Other runners-up included Keith Duffy, who came in third as he was let down by his one and a half somersault dive. Despite TOWIE‘s Dan Osborne coming in fourth place, he seemed to be a hit with social media audiences, who were apparently admiring his Adonis-like frame and not focussing on his technique. Such a fickle lot!

As for the series in general, I wouldn’t give it anywhere near a perfect ten, or even a seven. I think diving should be saved for the professional competitions, but as I’m sure some ladies (and men) would agree, there are some wonderful sights to behold. Yes I know I mentioned about fickle people before, but I’m a hypocrite. 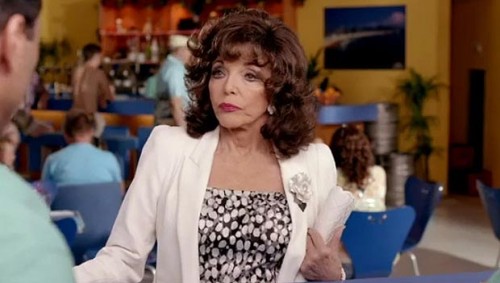 The last in the current series of the shamefully hilarious comedy ‘Benidorm‘ – and I really wish that it ended on an even greater high than it did.

Collins starred as the big boss of the hotel group that the Hotel Salana is part of, and her main aim was to pull up hotel manager Joyce on a an item of concern. No, it wasn’t the hiring of a deputy manager, or a dodgy hog on the barbecue roast. It was the awful decision that Joyce took to beef up the hotel’s star-rating, from a three to a FOUR-Star standard hotel. Criminal, I know!

Normally ‘BENIDORM‘ has me in stitches of laughter, but apart from always finding Rusty Lee‘s infectious laughter amusing, there wasn’t much in the way of stand-out moments.

Maybe the writers are quickly running out of ideas? 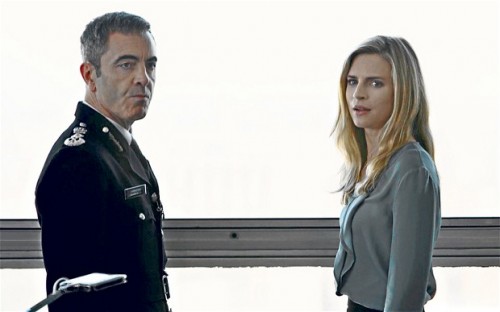 This brand new surreal comedy is directed by Danny Boyle, and has been penned by ‘Peep Show‘ writers Sam Bain and Jesse Armstrong. Starring James Nesbitt, it’s set in New Scotland Yard and the pilot episode focuses on its press office. Chief Constable Richard Miller (Nesbitt) realises that the police force is in dire need of an image boost, and he’s has found just the woman to do it – American new media expert Liz Garvey (Brit Marling).

Her first mission is to revolutionise the force’s PR department, but even this difficult task is made worse with a serial killer is on the rampage. I know, it seems crazy to think that a serial killer and comedy could ever feature in the same sentence – which appears to be part of the problem.

There would be a moment where a funny line is delivered, and the next minute there would be a scene of suspense, which felt confusing at times as there was never enough time to fully digest the previous scene.

Boyle is never one to shy away from a challenge, and this pilot episode was definitely that – but for all the wrong reasons. I’m a huge fan of Boyle‘s work, but I felt the plot line was all over the place. It needs more structure, and a blurred divide between dramatic and funny scenes. I can only hope that the rest of the series has a bit more substance to it, to keep the viewer from flicking over to another channel.

Ed is an entertainment news writer, and founder of TOMORROW'S NEWS. He always keeps a watchful eye on who and what's trending in the entertainment world. His articles focus on tomorrow's news today, including celebrity news, film news, music news and so much more!
NEWER POSTGRAVITY Soars With Six BAFTA Film Award Wins! | Full Winners List.
OLDER POSTCUBAN FURY – Predictable, But Fun!