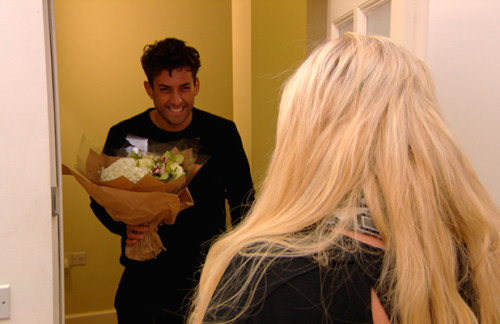 I have to say I’m pleased at how this series of ‘TOWIE‘ is shaping up. The last couple of series have just focused on who is cheating on who, and lots of silly rows between silly girls with old lady faces (yes I mean you Fran), but this series seems to have a lot more emotional depth.

Argent is back, looking slimmer, actually quite fit, and apologetic to everyone he pissed off (ie Lydia and Gemma), Lydia has fallen out with mum Debbie, because Debbie seems to have forgotten that family loyalty means taking the side of your daughter and not the ex who cheated on her and humiliated her on national television. We also have Vaz, who has stopped being Lauren’s groupie and is emerging as an interesting character. This week we got to discover that he comes from a religious family who disapprove of his sexuality, and in order to try to straighten himself out, he came onto Jasmine. It was touching and quite moving when he opened up to Lauren, crying about never feeling accepted. I hope he finds happiness, whoever it’s with. The obvious thing would be to pair him up with Bobby, but there’s no chemistry. They need to bring a nice guy in it for him.

And Wednesday’s episode had the most staged ending ever, with Bobby sending Jessica a text telling her that Ricky won’t post offensive things on the internet anymore and her doing that faraway stare that people do in soap operas when they get good news. Before getting up and going to join her mates. 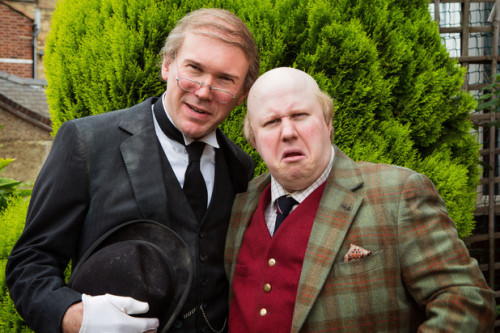 For some reason, I thought that ‘Pompidou‘, the new show starring Matt Lucas, was going to be a sketch show in the same vein as ‘Little Britain‘. What I wasn’t expecting was a show largely aimed at six-year olds. Lucas plays Pompidou, an aristocrat who has fallen on hard times and now lives in a caravan in the grounds of a stately home, with his butler, Hove (played by the ever reliable Alex McQueen). The comedy I can compare it to most closely is ‘Mr Bean‘, with the emphasis on physical comedy and the dialogue a series of mumbles which I would imagine is hilarious if you’re still in primary school, but grating to anyone over the age of ten. The best thing for me was the anamorphic Afghan hound that Pompidou lives with, she was really cute. But everything else was a chore to watch.

Judging by this, Walliams was the funny one out of the two of them, which is strange given that Walliams himself is irritating on ‘Britain’s Got Talent‘. They obviously need each other, because without Walliams, Lucas cannot carry a half hour show on his own. If I had small children, I would happily sit them in front of ‘Pompidou‘ while I did the ironing or something. But seeing as I don’t have small kids, I will be avoiding any future episodes! 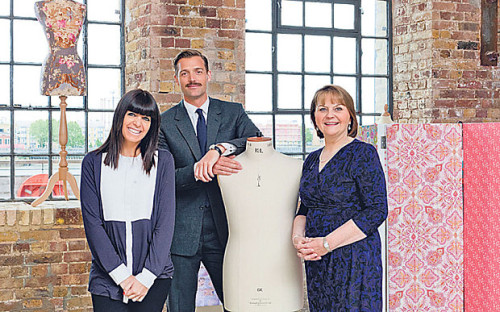 It’s semi final week, and we’re left with the five best sewers. The theme this week was to work with difficult fabrics, and the first challenge was to make a satin pencil skirt with a lace overlay. Claudia gave us an explanation of the pattern, and it was so intricate and confusing, all I heard was ‘lalalalalala’. Even smug Neil was flummoxed by the whole thing, and it did up his camp factor. The end results were all pretty lovely, although some were a little tatty. I have visions of all of them being shipped off to the set of ‘Call The Midwife‘ to be worn by Trixie in series five. Matt won the round, for the first time ever, and as usual Lorna was second.

The Alteration Challenge was to make a form-fitting dress from a wetsuit, which could have proved disastrous, and in all fairness, all the contestants did pretty well. Lorna made a saucy, futuristic thing with cut out, boob things which looked like something Madonna would try to wear (and try not to fall over in). Cuddly bear Paul really started to flounder with this challenge, and it soon became apparently that it was the end of the road for him. Lovely Deborah won the challenge with a jazzy, eighties style thing.

The final challenge was to make a leather jacket, which is a really difficult thing to ask amateur sewers to make. I feel really sorry for the contestants, as they are trying to concentrate, and will get Claudia asking them inane questions, or Patrick just staring at them with his arms folded (although I mean seriously, who would object to that?). It’s no wonder they stuff up.

At the end of it all, Neil won with something that looked as though it had come out of ‘Star Trek‘, and Paul and Deborah went home. It’s final week next week and for me, it’s between Lorna and Neil, but maybe Matt is a dark horse. I’ll just be upset that I won’t get my weekly fix of Patrick (sob). 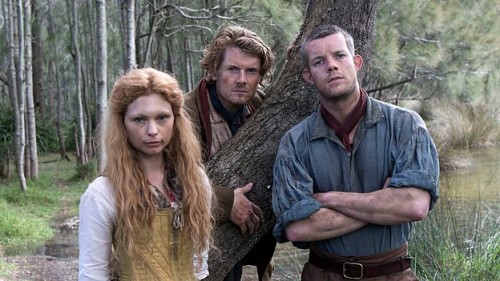 Written by Jimmy McGovern, this is a new drama about the first convicts sent from Britain to Australia in 1788. I get the feeling it was written with the American market in mind, because although the actors were British, they all looked a little too clean, had perfect teeth, and the dialogue was far too modern. Were words like ‘wank’ and ‘shag’ really in our vernacular back then? Apparently the first convict women were not allowed to mix with the men, and were there for the pleasure of the soldiers who protected the island. This is where our story began, where plucky heroine Elizabeth (played by Myanna Buring who looks scarily like Debbie Harry) is caught in the male convict’s hut, visiting her true love, Tommy (played by Julian Rhind-Tutt who for once is not playing Bill Nighy, but instead appears to be channeling Danny Dyer). The penalty for this was a public flogging, and compared to Lupita N’Yongo’s flogging in ‘Twelve Years a Slave‘, the whipping Elizabeth got was something Ana Steele would receive from Christian Grey. After all, she appeared to recover from it by the next day.

Anyway, Tommy was instead sentenced to hang, which pleased James (played by Russell Tovey – playing Russell Tovey) who has a thing for Elizabeth. Whether or not he would have any strength to do anything about it is questionable seeing as his food keeps getting nicked by the man who said ‘yarp’ in ‘Hot Fuzz‘. James was disappointed when the Vicar who was due to hang Tommy couldn’t go through with it after his wife shouted out that it was a crucifixion (me neither) and instead decided to marry Elizabeth and Tommy, after they vowed to consider themselves dead where England was concerned and therefore lose all right to return home once their sentence was served.

It was all very grim and worthy, but there was something slightly comical about the whole thing, I think purely because of how good everyone looked. As a critic in The Guardian pointed out, there were elements of ‘I’m a Celebrity Get Me Out of Here‘, and it would have been funny if a couple of the guards had whipped off their disguises and revealed themselves to be Ant and Dec.

Karen Mason is a London-based writer. She has published fifteen historical fiction novels and is currently working on her sixteenth. She is also an avid movie goer, with a particular preference for gritty British cinema and a weakness for Jason Statham films! Her music tastes stretch from Muse to the Cinematic Orchestra and she loves discovering new acts.
NEWER POSTTHAT WAS THE BOX – March 2015 (Week Two) | TV Reviews
OLDER POSTTHAT WAS THE BOX – February 2015 (Week Four) | TV Reviews