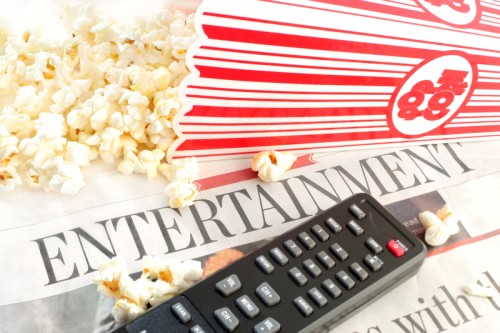 It’s the New Year and as usual the TV schedulers (especially ITV) are bombarding us with new episodes of everything. I wish they’d made telly a bit more palatable over Christmas. Unless you have kids, or enjoy watching cartoons, there was very little on up until 7pm each day. The big TV companies seem to have forgotten that we are in austere times and TV is quite often people’s main form of entertainment. I’m guessing subscriptions to things like Sky and Netflix shot up over the festive period.

One of the biggest new(ish) shows to come to our screens this week, was ‘Birds of a Feather‘ (ITV). Fifteen years after the end of the original BBC series, Sharon, Tracey and Dorien have been revived and have switched sides. I laughed within the first two minutes, which is quite unusual for a modern, mainstream comedy; and due to Drama showing the original series on what seems like a loop, the set up and the humour felt familiar and strangely reassuring. The premise is very similar – Tracey is living in Chigwell with her teenage son (this time Travis, the baby born at the end of the BBC series), Sharon is back in the Edmonton council flat after falling out with Tracey over her choice of new husband, and Dorien is a novelist famous for her erotic book Sixty Shades of Green. The first episode concentrated on Sharon and Tracey coming back together, and Dorien joining them when the publishers of Fifty Shades of Grey threaten to sue her and withdraw all her assets while the court case is pending. 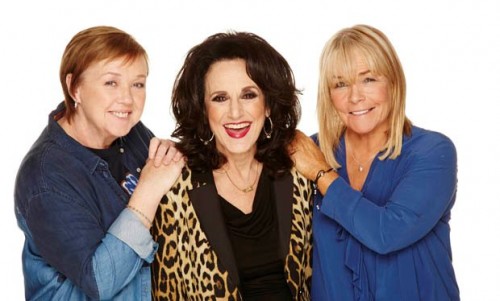 The political jokes felt a little shoe-horned in, but this was the first episode and the series has yet to find its rhythm. The chemistry between the lead characters (even Travis is played by Pauline Quirke’s real-life son, Charlie) makes the dialogue and humour flow naturally and the episode was good fun. For me the only fly in the ointment was the introduction of Tracey’s oldest son Garth (Matt Willis) at the end of the episode along with his Australian girlfriend who has the worst ‘fair dinkum’ accent in the whole of Christendom, and her ten-year-old daughter. It rather felt like having everything thrown at me at once. But I certainly will be turning in to episode two next week, especially seeing as it looks as though Sharon gets Dorien a job at World of Quid (Poundland to you and me).

Another show that never changes is ‘Benidorm‘, but that is not a criticism. The humour is both surreal and end of the pier, and this series, we have the inclusion of a new family – The Dykes. Clive and Tanya look like they belong on a seaside postcard. Clive is a bespectacled, diminutive man, who somehow manages to stand up to Amazonian WAG wife Tanya. Their son is called Tiger. What more can I say? The brilliant Madge – matriarch of the Garvey clan is still as leathery and repulsive as ever; the wonderful Tim Healy is still in the most unconvincing and unapologetic drag in the history of British television, and we even got a cameo from Kenneth ‘Reg Holdsworth’ Morley, playing head of the HAFIA (underworld organisation for hair-stylists) and owner of the most illuminous white teeth since Simon Cowell. Highlight for me was the resident singer at Neptunes doing his cabaret version of Panic by The Smiths.

‘Celebrity Big Brother‘ summer 2013 feels as though it only ended yesterday, but here we are with a new series for the winter. The house has been redesigned to resemble Russian opulence apparently. To me it just looks like a tacky footballer’s mansion. This year’s twist is that the ‘celebrities have to be handcuffed together. So we have professional misogynist Jim Davidson chained to feisty singer and professional sister Linda Nolan. Before they had even entered the house they were bickering like your divorced grandparents who have been forced to spend Christmas with each other.

Next to go in was Dappy from N-Dubz, professional wally and possessor of a ‘third leg’ (yes I have seen the photos). He had the pleasure of being chained to Liz Jones, one of those slightly unhinged female journalists who seem to thrive on antagonising whole groups of people. At least when I saw Jones going in there, I realised Katie Hopkins wouldn’t be following. Two rent-a-gobs in one space would be too much even for Channel 5.

These days a reality show wouldn’t be the same without someone from ‘TOWIE‘ and it’s Samantha Faiers turn. But before Sam could barely get a word out, she was upstaged by her ‘chainee’ – someone called Jasmine Waltz (thank you google), an American actress who appears to have allegedly had affairs with famous married men. Jasmine is gobby and over the top and I got the feeling Sam felt instantly swamped. 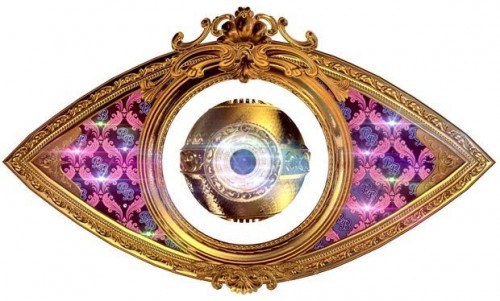 Then came Blue’s Lee ‘Loose Canon’ Ryan. I have to confess I used to fancy Lee, but that was before I heard him speak. The look on his face when he was introduced to his ‘chainee’ – glamour model Casey Bachelor (thanks google) was priceless. He looked genuinely terrified. Next up we had the painfully handsome Ollie Locke from ‘Made in Chelsea‘, who was cuffed to game old bird Lionel Blair. I rather fear for Ollie, given that the pairs are having to go to the toilet together. Lionel is an elderly man and his bladder might not be quite what it was!

Finally the barrel was scraped with the inclusion of ‘Apprentice‘ irritant, professional sex bunny and annoyingly-voiced Luisa Zissman. I truly feel sorry for boxing legend Evander Holyfield, who has to be chained to her for 24 hours a day. I would demand ear plugs.

For me, the handcuff element feels un-necessary. Just seeing a bunch of Z listers having to live together is usually enough to entertain. Class of January 2014 seem to be a pretty uninspiring bunch and I’m not sure if I’ll be tuning in again. 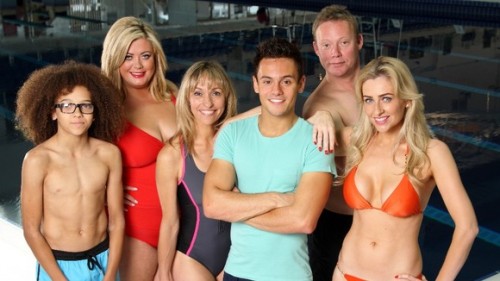 Finally, ‘Splash!‘ returned. The show where ‘celebrities’ learn how to dive, just like head coach Tom Daley. This programme has the most bizarre judging panel on TV, with two unknowns (one of whom is a bloke called Leon who is obviously angling to be the show’s Jason Gardener/Craig Revel Horwood) and Jo Brand, who seems to know nothing about diving and lots about making every criticism or appraisal about herself. This week’s five celebs were Michaela Strachan, Gemma Collins from ‘TOWIE‘, Gemma Merna from ‘Hollyoaks‘, Ricky Grove ex-‘Eastenders‘, and little Perri from Diversity. Gemma C wore a dress to dive, Perri dived perfectly from the 10m board and Gemma Merna declared she was frightened of heights AND water – clearly ‘Celebrity Big Brother‘ wasn’t offering her enough money. The show ended with Ricky and Gemma M leaving, Perri sailing through and Gemma C and Michaela facing the splash off. Predictably the judges put Michaela through to the semi-finals. For me, ‘Splash!‘ Still feels like it should be on at 5pm of a weekday afternoon. But for what it is, it’s entertaining and I’m more likely to keep up with that than ‘Celebrity Big Brother‘.

Karen Mason is a London-based writer. She has published fifteen historical fiction novels and is currently working on her sixteenth. She is also an avid movie goer, with a particular preference for gritty British cinema and a weakness for Jason Statham films! Her music tastes stretch from Muse to the Cinematic Orchestra and she loves discovering new acts.
NEWER POSTEE BAFTA RISING STAR Award 2014 – Nominees!
OLDER POST‘SHERLOCK – THE EMPTY HEARSE’. Welcome Back, Mr Holmes!